As in much of the world, heart disease is a leading cause of death in Cuba, but the country has made remarkable strides in minimizing heart-disease-related deaths.

On Oct. 9, the Cuban newspaper Granma reported, “Cuba has achieved a heart surgery survival rate of over 95%, including coronary and vascular operations and those linked to congenital heart defects, a figure which places the island among the most advanced countries in this field.” 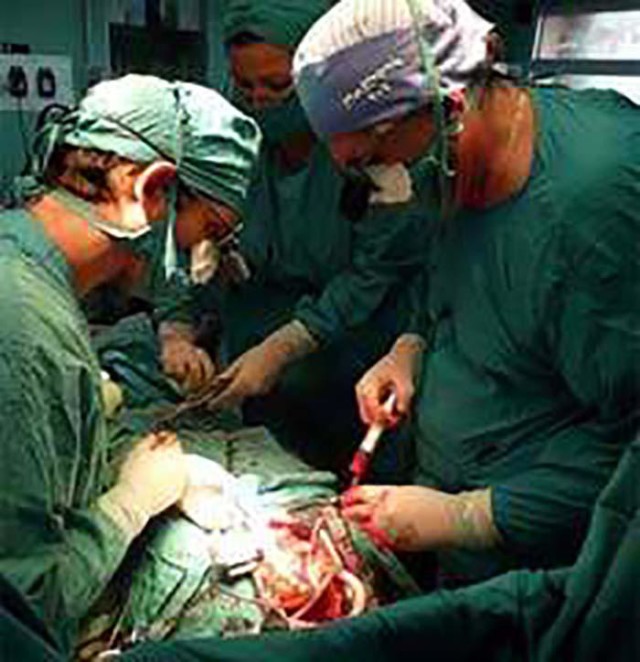 Dr Eduardo Rivas, president of the Cuban Society of Cardiology, stated that the results correspond to the will of the Cuban government to improve the population’s quality of life. He also stated that excellent results with pediatric heart surgery are due to early diagnosis of sick children, with immediate intervention before the disease develops.

How is Cuba able to reach this amazing medical achievement while enduring a 52-year U.S. blockade? An article in InterNations called “Health Care and Education in Cuba” states, “The fall of the socialist bloc and the tightening of the U.S. embargo in the early 1990’s put a strain on the economy. … The budget for medicine and medical equipment shrunk by 70%. However, the health of Cuba’s population remained stable. This is due to the fact that health care remained a top priority for the government. … Today, lack of medical equipment still takes its toll. … Particularly the specialized medical fields were harmed in the 1990’s when specialized equipment and medicine was scarce.”

After the 1959 socialist revolution, a top priority of Fidel Castro and the government was to bring health care to the people, especially to the poorest and most oppressed, most urgently the campesinos in the rural areas. In 1960 the Ministerio de Salud Publica (Ministry of Public Health) was created along with the Rural Health Services, establishing free health care for all. Serving the people became the culture of revolutionary medicine for new young doctors who received free medical school tuition. Upon graduating, many answered the call by Fidel to serve the people and went to the countryside, including to the Sierra Maestra. This was health care for people, not for profit.

Successful health campaigns instituted by the socialist government relied on the participation of the masses, who became active in figuring out solutions to health care problems in their neighborhoods or villages. Two of the largest mass organizations to engage in this grass-roots problem solving were the Committees for Defense of the Revolution and the Cuban Women’s Federation.

Cuban health care puts emphasis on preventative medicine through nutrition and hygiene and using natural and alternative approaches. “A key node in the system [of public health care] has been the network of family doctors who live in the communities they serve,” explains professor Elise Andaya at State University of New York at Albany. “This both allows patients continual access to health care and gives doctors an intimate knowledge of individual, familial and neighborhood risk profiles. While the medical budgets of many developed countries reflect their emphasis on costly curative medicine, Cuba achieves comparable health indices with a fraction of the cost by focusing on community-based preventative care.” (NACLA Report on the Americas, Sept. 1, 2009)