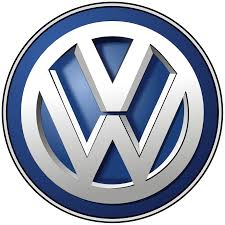 When the news broke Sept. 18 that Volkswagen was cheating on its diesel emission controls, the economic reaction was fairly swift. VW stock fell by about a third in a few days of trading;  the Environmental Protection Agency threatened to remove half a million VW diesels from the road and to fine the company $17 billion.

Shares in other European car makers also fell, with Peugeot down 7 percent, BMW down 5 percent and Daimler, the owner of Mercedes-Benz, also down 5 percent. Around half the cars sold in Europe use diesel.

The big papers in the U.S., including the Wall Street Journal and the New York Times, were filled with speculation of how the company would, or could, compensate the owners of its diesel cars.

Volkswagen was, for a brief period before this scandal broke, the largest car manufacturer in the world, directly employing 300,000 workers in Germany alone and indirectly providing jobs for tens of thousands of workers employed by its suppliers. Worldwide, VW sold one out of every 10 cars.

Pressure is mounting. The German transport ministry just announced Sept. 27 that Volkswagen had until Oct. 7 to come up with a schedule for fixing this problem — making sure all 3 million VW diesels meet environmental standards. Otherwise, it would remove authorization for VW diesels to use German roads. (Libération, Sept. 27)

Some of the descriptions of Volkswagen’s test-beating technology compare it to “defeat devices,” which were the old style way of getting around pollution controls. In this case the company used software built into the cars’ computer that sets 40 to 60 parameters controlling such things as engine speed, exhaust paths and so on. Using software tools developed by Bosch in 2007 for testing purposes, it modified its small- and medium-sized diesel cars to pass emissions tests, but to remove these controls on the open road for vastly better performance and economy.

According to the Sept. 22 Guardian, “The rigging of emissions tests may have added nearly a million tons of air pollution by VW cars annually — roughly the same as the UK’s combined emissions for all power stations, vehicles, industry and agriculture.” Scaling the amount of nitrogen dioxide emitted by 500,000 Volkswagen diesels in the U.S. to the worldwide figure of 11 million, VW diesels were responsible for spewing 948,691 tons of nitrous oxide (NOx) emissions into the atmosphere.

According to the EPA, NOx reduces the ability of people and animals to resist lung infections like the flu and colds, produces acid rain and has severe environmental impact.

What is driving the reaction against Volkswagen is the importance of clean air, not just for people’s health, but to their economies. According to reports put together by Michael Greenstone in the Sept. 25 New York Times, “[H]undreds of millions of life-years [are] saved from improved air quality in our country” due to the Clean Air Act, which was the result of tremendous, militant activism over decades.

Volkswagen workers also have to breathe the air that VW pollutes. They want their jobs, but they also want their health and the health of their families. What their corporate employer has done is threaten both, and this threat flows from the capitalist system Volkswagen operates in.

Volkswagen — and the other car manufacturers with their own versions of VW’s defeat devices — don’t consider the lives extended and improved by clean air. In the ruthless drive for profits and expansion, they will lie and cheat, using high technology, threats, collusions and copyright laws to keep the software code running their cars from being inspected, in order to preserve their profits.