Despite all the soothing talk about the economy picking up, there can be no doubt that the gurus of Wall Street and their colleagues in government expect a rocky road ahead. 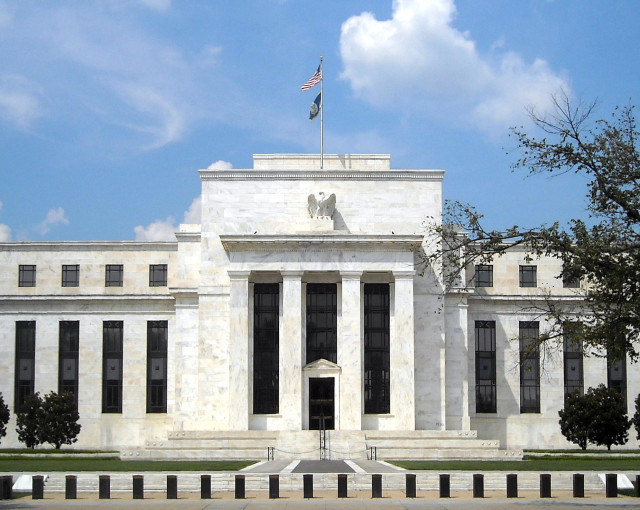 That was the message conveyed when the Federal Reserve Bank announced on Sept. 17 that it had decided not to raise the interest rate, which has been at a historic low, barely above 0 percent. This means that it will continue to be super easy for corporations and banks to borrow money from the government. That in turn is supposed to stimulate the economy and create jobs. Or so they say.

However, much of the money being borrowed today by the wealthy is not to increase production in any way that might “trickle down” into more jobs for the working class. They spend it in the billions on speculative items — art, real estate, luxury goods — all of which have risen in price to spectacular heights.

A painting by Paul Gauguin was recently resold for $300 million. A penthouse in Monaco is currently on the market for $400 million. Such astronomical amounts being spent by the super-wealthy on their personal possessions are becoming the new norm.

But even after spending such enormous sums, the super-rich are still awash in money. So why don’t they invest it in production?

Here is where the total irrationality of the capitalist system comes in. In this high-tech age especially — when it is actually possible for all humankind to quickly leave behind the drudgery of the past and have machines do most of the work, with everyone enjoying a comfortable existence — the capitalist profit motive instead leads to shutdowns, mass layoffs and spreading poverty.

Without saying “he told you so,” it is more relevant than ever to understand the workings of this particular economic system, which was unraveled 150 years ago by Karl Marx in his landmark book on capital.

It was Marx who proved that the exploitation of human labor is what creates all the wealth enjoyed by the ruling class. Machines themselves can be made to do much of the work in place of people, but they do not add new “value.” Only human labor produces more value than it costs.

However, machines do provide their owners with a competitive edge — until the new machines become widely used in a particular industry. Then the race is on to find even newer technology that can do the job with even fewer workers.

Since the crash of 2008, the capitalist system worldwide has been in a quandary, and unemployment has remained high, even as new technology —  particularly digital — has transformed work and communications. There is no going back to the old days.

In recent years, some new plants have been opened in the U.S. with much fanfare. They have cost hundreds of millions, even billions of dollars, yet they rarely employ more than a few hundred workers. (See Fred Goldstein’s book, “Capitalism at a Dead End.) Tens of millions remain jobless, many not counted because they have given up looking for nonexistent jobs.

The situation is even worse in most other developed capitalist countries, and is disastrous in much of the developing world.

But in the long run, fewer workers actually working means less profits for the bosses. The whole system becomes a house of cards, propped up by countless shady deals, mergers and the narcotic of military production (paid for by the workers’ taxes).

Even in the U.S., capitalism has become increasingly unpopular. Various politicians seeking to reform the system are popping up here and in many other countries. They are attracting support and promise to make things better. But a little bandaid on a gaping wound is not the answer to a system in deep crisis.

Capitalism has to be replaced by an economic system based on social ownership of the means of production. That’s what socialism means: abolishing private ownership of the economy (not your personal property) and developing a plan for production to satisfy human needs.  — which in these days very much means a plan to restore the earth to health while making sure everyone shares equitably in what is produced.

It also means affirmative action to erase the vast injustices of colonialism, racism, sexism and the cruelties inflicted on people because of their sexual orientation.

Whether interest rates go up or down, whether the system falls into another catastrophic crash of the financial markets or just continues to grind down the workers into ever deeper poverty, the movements for social justice must inevitably grow together into a revolutionary movement to end capitalism.