In late August, after months of outrages and provocations, Venezuela temporarily closed down some sections of its border with neighboring Colombia.

The move came following an attack by Colombian paramilitary forces on three members of the Venezuelan military and one civilian inside the borders of Venezuela who were trying to stop smuggling in the border city of San Antonio del Tachira. This latest incident followed a pattern of increasing paramilitary violence. The Venezuela government has arrested 32 alleged paramilitaries.

The U.S media immediately showed their customary hostility to just about anything the Venezuelan government and President Nicolas Maduro do to defend the Bolivarian Revolution.

On Aug. 27 the New York Times published a scurrilous article accusing President Maduro of “a crackdown on immigrants.” This propaganda piece, along with other similar lies including from the U.S. government, is, of course, pure hogwash. 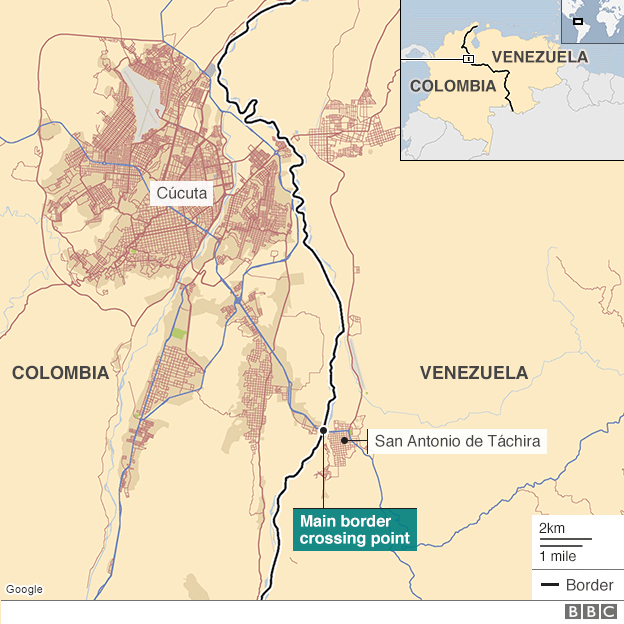 There are 5.7 million Colombian citizens living peacefully in Venezuela, a country with a total population of 30 million. An estimated 150,000 Colombians arrive annually in search of a better life — and a safer life.

Unlike the reaction of many imperialist countries, including the United States, Venezuelan society welcomes immigrants. They are included in all social programs that Venezuelans receive, including free education, health care and subsidized food and housing.

There are no refugee camps like the private prisons in the U.S. On the contrary, the U.N. Human Rights Council has given singular recognition to Venezuela for its humane recognition of refugees.

The problem along Venezuela’s border with Colombia is not about immigration at all.

The Bolivarian Revolution underway in Venezuela aspires to build a socialist society. In a world dominated by capitalism and imperialism, a government aiming toward socialism needs to maintain a monopoly on foreign trade. Without this, socialist planning for people’s needs is next to impossible.

This problem is especially acute for Venezuela, which has a long border with Colombia — a country whose ruling class is completely lined up with and under the domination of U.S imperialism. The Colombian masses must endure the presence of U.S. troops and a militarized government which attacks every vestige of progressive development. They are also victims of a trade arrangement that allows goods produced in the U.S. to overwhelm local industry and farming.

Poor and working people in Colombia are at the mercy of so-called market reforms and austerity, not to mention the depredations of the International Monetary Fund and World Bank. Billions of dollars have been spent trying to suppress progressive revolutionary forces like the FARC (Revolutionary Armed Forces of Colombia). At the same time the military and paramilitary forces have run roughshod over the political and human rights of the people, killing trade unionists and human rights workers.

The government of Venezuela has sought to ease the impact of the worldwide capitalist economic crisis by subsidizing necessities for its people. Unfortunately, unscrupulous capitalists, with the full support of the imperialists, have sought to undermine the Bolivarian Revolution. They illegally buy subsidized gasoline, food, medicine and other basic products in Venezuela and smuggle them for resale in Colombia at a huge profit, where prices are much higher.

The Ministry of People’s Power for Foreign Affairs of the Bolivarian Republic of Venezuela published a statement in the New York Times on Sept. 9, entitled “The Truth about the Venezuela-Colombia Border Situation.” It explains that the government has had to impose “extraordinary measures by closing a partial section of its border” to protect its people “from serious threats to our national and economic security.” (eeuu.embajada.gob.ve)

The statement says that “oil smugglers can obtain a 3,000 percent profit by transferring gas illegally from Venezuela to Colombia. In Cucuta, Colombia, 5 gallons of gasoline cost 14,000 bolivares, while in Venezuela the cost is … 3 bolivares.” Corn flour costs 650 bolivares in Colombia compared to 19 in Venezuela.

Is there any wonder that shortages have appeared in Venezuela? This is not only an attack on the Venezuelan government, but on the very lives of poor and working people in both countries.

Furthermore, it has always been the case that it is far easier for a society to provide luxuries for a few than basic necessities for the vast majority of people. As a nation that is attempting to build socialism, which is under constant attack and subversion by the U.S. — including a blatant coup attempt in 2002 — and is struggling to protect its population from the ravages of the world capitalist crisis, Venezuela has a right to defend itself against these imperialist- and capitalist-inspired attacks.