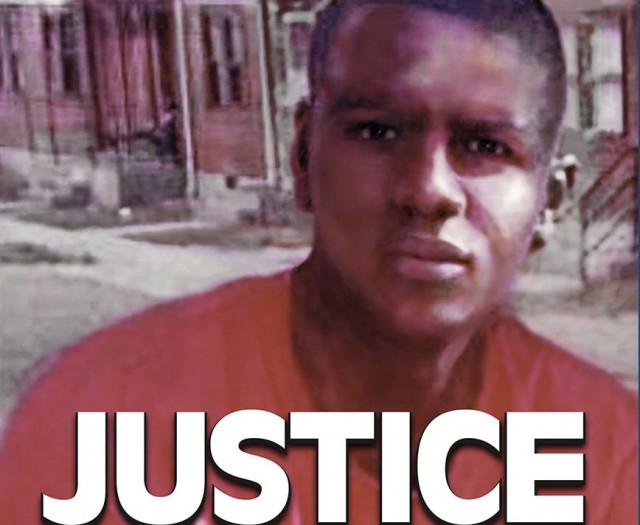 Baltimore — On Sept. 10, a protest called by the People’s Power Assembly demanded justice for Freddie Gray and that the trial against the cops who killed him be held in Baltimore. More than 100 demonstrators rallied outside of the Clarence Mitchell Courthouse in Baltimore, where a hearing was held to decide upon a motion to change the trial venue to a county outside of Baltimore city.

Sharon Black of the People’s Power Assembly said, “The police murdered Freddie Gray in Baltimore, and they need to be held accountable in Baltimore. We remember the case of Rodney King and the trial in Simi Valley [Calif.] that led to the acquittal of the police who brutally beat King.”

The Rev. C.D. Witherspoon continued, “What we are doing today is for all of the victims of police terror, including the murders and abuse of women, the LGBTQ community, everyone!” Along with Witherspoon, Kwame Rose — who was arrested at a Sept. 2 protest along with members of FIST (Fight Imperialism, Stand Together) and the PPA — helped lead a march around the courthouse despite police intimidation.

Earlier in the morning, a young woman, Randi Gross, was arrested as she carried a sign in front of the courthouse. Pastor West, who also participated in last week’s protests, was arrested the evening before on a variety of charges, including alleged inciting to riot during the Sept. 2 march.

Tawanda Jones spoke of the necessity to keep fighting and never give up until justice is served. Her brother, Tyrone West, was beaten to death by the police in 2013, and she has been fighting and demanding justice for her brother for the past two years.

After hours of protesting, the verdict was announced: The cops who murdered Freddie Gray will not have a change of venue and will be tried here in Baltimore, where the brutality was committed. The protest ended as the crowd erupted in cheers and celebration.