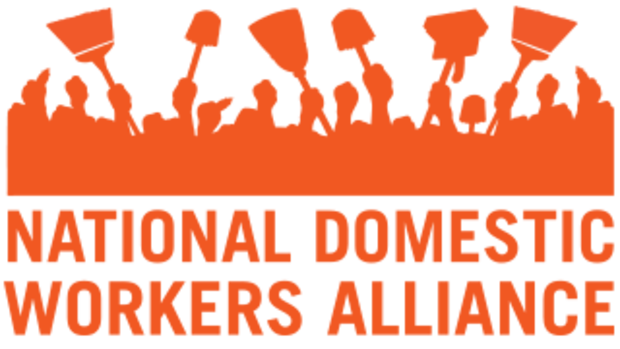 Domestic workers in Oregon, including nannies, in-home caregivers and housekeepers, won historic protections when the Oregon Domestic Workers’ Protection Act became law on June 17. Called the domestic workers’ “bill of rights,” the law extends the basic protections in the National Labor Rights Act to farm and domestic workers who were explicitly excluded, as demanded by Southern congresspeople, when the NLRA was passed in 1935. The Southern economy was so heavily based on superexploitation of Black workers that any law threatening that would never have passed.

The Oregon law, which takes effect in 2016, mandates that employers provide live-in workers eight consecutive hours of time off during each 24-hour period, overtime payment, and protection against sexual harassment or harassment based on race, nationality, gender, religion, disability or sexual orientation. The bill’s sponsor, Sen. Sara Gelser, noted that domestic workers are still predominantly low-waged women of color. Oregon is the fifth state to enact protections for domestic workers. (StatesmanJournal.com, Aug. 10)

On Aug. 27, the National Labor Relations Board, which oversees the National Labor Rights Act, ruled that a company in a California case was a “joint employer” with the contractor it hired to run its recycling center. This ruling, if applied to workers at fast food franchises, could give a huge boost to the Fight for $15 campaign. The Aug. 29 New York Times noted that joint employers “could be held accountable for pay and working conditions” and would have to bargain with employees who unionize. No wonder the U.S. Chamber of Commerce and other business organizations are up in arms at this ruling. But, as the Times notes, “Corporations routinely impose rules, policies, fees and technology on their franchises that effectively determine … how much fast-food employees work and … how much they are paid.”

How will this ruling affect the long-term tug of war that is the class struggle? As Frederick Douglass observed in 1857: “Power concedes nothing without a demand.” And: “If there is no struggle, there is no progress.” Stay tuned.

About 40,000 Verizon workers, represented from Maine to Virginia by the Communication Workers and International Brotherhood of Electrical Workers, have been exposing the blatantly anti-worker, union-busting concessions demanded by Verizon since their contract expired Aug. 1. The giant telecom company wants to slash job and retirement security while raising health care costs that would wipe out raises. No wonder the workers have dubbed the telecom company, which posts $1 billion a month in profits, “Verigreedy.”

The latest union report on contract negotiations states that Verizon “continues to have only one goal: to lower their costs of business at our members’ expense. Their agenda continues to include retrogressive demands across virtually every area of our contracts from job security to pensions and work rules.” (cwalocal2108.org, Sept. 3) That’s why the workers say, “Hell no!”

In keeping with its longtime activist commitment to social unionism, the United Electrical Workers union adopted a resolution at its national convention endorsing the Boycott, Divestment and Sanctions movement and calling on Israel to end the occupation and recognize Palestinian self-determination. Representing 30,000 workers, UE is the first national U.S. union to endorse BDS.

The resolution, passed Aug. 20, calls on Congress and the Obama administration “to end all U.S. military aid to Israel; and to pressure Israel to end the occupation of the West Bank and East Jerusalem and the siege of Gaza and negotiate a peace agreement [that includes] Palestinian self-­determination and the right of return for refugees.” The resolution also urged UE to become fully engaged in “the movement for peace, justice and equality between the Palestinians and Israelis.” (ueunion.org, Sept. 1) Though UE has received angry protests from pro-Israeli organizations, the BDS movement has welcomed its support with open arms.

Letter carriers in the Greater San Francisco Bay Area took a stand against jail expansion and mass incarceration on Sept. 2. The resolution passed by the Letter Carriers (NALC), Golden Gate Branch 214, opposes a proposal by the San Francisco sheriff to construct a new jail there, calling it “costly and unnecessary.”

“The reality is that San Francisco already has too much jail space,” the resolution notes, citing the city’s continually declining jail population and glut of vacant jail cells. The union calls instead for sentencing reform, crime prevention measures and pretrial diversion, which “have proven to be best for keeping families together, stabilizing communities, and preparing prisoners for a productive life on the outside.” The NALC local joins a growing list of groups opposing new jail construction, including the United Educators of San Francisco, the National Lawyers Guild, the Coalition on Homelessness and the S.F. Tenants Union. (Read the full resolution at workers.org.)