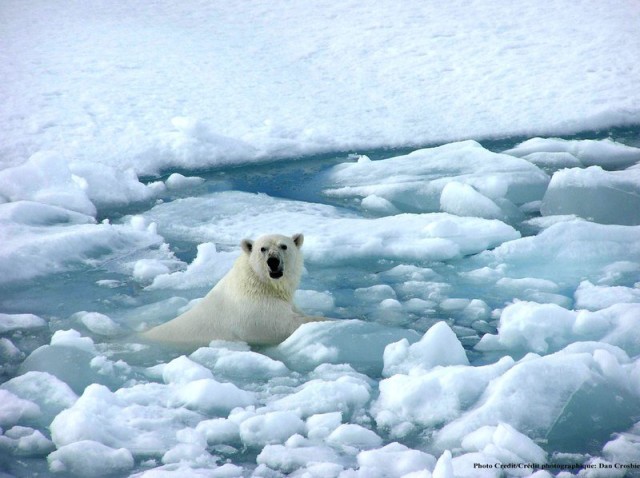 With great fanfare, while making an unprecedented presidential trip to Alaska on Aug. 31, President Barack Obama “renamed” the tallest mountain in North America back to Mount Denali, the name given it long ago by the Indigenous community of the area, the Athabascan nation.

This was indeed a long-standing demand by the Native Alaskan people and their supporters, who have long rejected the name “Mount McKinley.”

But President Obama did not make this trip to Alaska to rename mountains.  It is a bitter irony that while changing the name of Alaska’s most famous mountain from that of an imperialist war maker, William McKinley, Obama is “planting the flag” of U.S. imperialism in the Arctic Ocean region to “square off” against Russia, China and other countries to assert U.S. oil companies’ domination of this treasure house of oil and natural gas wealth.

In a fundamental way, Obama is imitating the same policy of imperialist domination that McKinley exhibited more than a century ago, when he presided over a war of conquest and the colonization of Cuba, Puerto Rico, Hawaii and the Philippines.

Obama’s trip to Alaska is being paraded by the White House as a campaign against the terrible effects of global warming.  After all, even the Pentagon measures the warming of the Arctic region to be twice the rate of the rest of the planet. (tinyurl.com/2wslkbk)

But at the same time that Obama railed against the terrible wildfire wreaking havoc in the West, the global heat waves, the droughts, the intensifying cyclones (all rooted in the burning of fossil fuels), the giant Shell Oil drilling rig is planted on the Alaskan shore of the Arctic Ocean. The U.S. Coast Guard prevented environmental activists from stopping the rig from leaving Seattle in June.

And just as those same activists have foretold, strong storms in the Arctic Ocean have forced Shell to shut down the rig and temporarily evacuate it.  Obviously, the oil companies would not be able to stop an oil leak in this area. “Imagine trying to respond to a spill in that kind of weather,” stated Pam Miller, a longtime Arctic researcher and environmental advocate in Fairbanks, in an Aug. 31 Juneau Empire article. (tinyurl.com/ouhpnec)

Environmental impact or not, oil glut or not, estimates are that there are $1 trillion worth of oil and natural gas in the U.S. Arctic region. That is a lot of profits for investors on Wall Street to forego versus protecting the planet from a climate catastrophe.

The U.S. Navy is publicizing its nuclear submarine operations in the Arctic region, each sub carrying missiles, torpedoes and mines. Why? “The Arctic is going to be a place of growing strategic importance.  The Russians are active there,” Defense Secretary Ash Carter told a Senate Armed Service Committee hearing in March. (cnn.com, Aug. 31, 2015)

As with the U.S. military’s support of the right-wing regime in the Ukraine, the Pentagon is eager to brandish its saber against Russia in the Arctic.

The U.S. Navy actually sees global warming in the Arctic as a great opportunity to industrialize the area and array its forces in the region: “The observed changes in the Arctic region climate and the reduced extent of summer ice reveal the potential for the Arctic Ocean to become a more visible route of international shipping over the coming decades.  Opportunities exist for infrastructure development and commercial investment, resource exploitation, fishing and tourism. … If the Arctic becomes more heavily traveled, and some nation poses a threat, the U.S. Navy plans to be ready.” (cnn.com, Aug. 31)

The U.S. military burns more oil than any other single institution in the world: more than 100 million barrels a year. (“The U.S. Military and Oil,” ucsusa.org) They are the single greatest source of global warming, and for what purpose? To force the will of Washington and Wall Street on the peoples of the planet with aircraft carriers, with bombs and with the infamous drones.

With summer melting of the Arctic ice pack expected to accelerate over the coming decades, the Pentagon has already drawn up plans to send more and more of its surface fleet into the region, to parade its military might and protect oil company property.

The Arctic region, just like the rest of the planet, belongs to all of the people of the world.  Whatever Obama says, it is under threat by the mad quest for profits and domination by Washington and Wall Street.  Only a revolutionary, worldwide, organized movement by the workers and oppressed can protect it.