Aug. 16 — The hate-fueled killing of transgender people of color is yet another crime against the oppressed that happens all too often in the United States.  The latest murder happened in the Palmer Park area of Six Mile and Woodward Avenue, where lesbian, gay, bisexual and transgender people have historically gathered in Detroit. 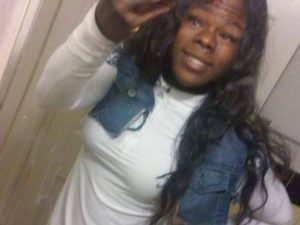 Amber Monroe, a 20-year-old Wayne State University student, was shot and killed there Aug. 8 as she exited a car. The young Black transwoman had been shot before on two occasions, but survived those attacks. Monroe was the 12th transwoman to be killed in the U.S. in 2015, and the 10th transwoman of color to be reported killed so far this year.

Just three days after Monroe’s death, another transwoman of color was shot in the early morning hours of Aug. 11. Walking in the Palmer Park area, she was fired on by someone from inside a moving vehicle. Fortunately, the bullet struck her hand and she survived the attack.

“Equality Michigan,” an advocacy organization serving LGBTQ and HIV-affected communities, learned another trans person of color was killed on July 14. The body of 25-year-old Ashton O’Hara was found in a Detroit field, the victim of a brutal homicide. O’Hara identified as genderfluid and trans and was using male pronouns at the time of his death. He loved to dance, perform and do hair and was beloved by his friends and family, according to those who knew him.

Between the Lines News (Aug. 11 and 13), published at pridesource.com, was the source of information for this article.