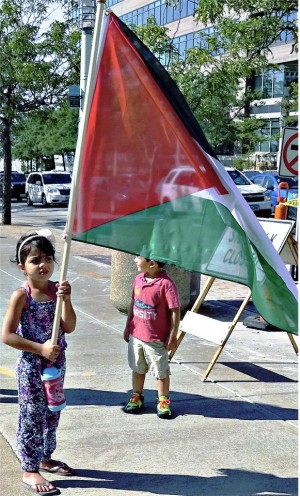 Local activists held an afternoon rally across from the regional U.S. federal building in Cleveland on Aug. 7. Called by the Cleveland chapter of Al-Awda-The Palestine Right to Return Coalition, the protest called attention to the murder of 18-month-old Ali Dawabsha, whose West Bank home was firebombed by Israeli right-wing vigilantes in the middle of the night on July 31. Ali’s father, Sa’ad Dawabsheh, died on Aug. 8 from his burns.

Without the huge amount of financial support from the U.S., Israel would not be able to continue the criminal occupation of Palestine.