Aug. 10 — The terror and killing spree by cops aimed at Black, Brown, Indigenous and other oppressed people continues unabated throughout the United States. Christian Taylor, a 19-year-old college student and football player in Texas, has become the latest unarmed person of color to be killed by police in 2015. 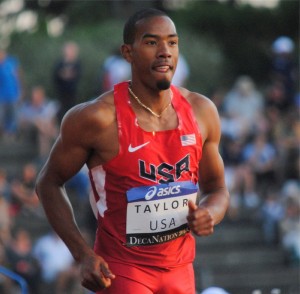 The young Angelo State University defensive back, an African-American sophomore, was shot and killed in the early morning hours of Aug. 7 in Arlington, Texas, a Dallas suburb. The killer was a white rookie cop, Brad Miller, 49, who was still under supervised field training on his first job as a police officer.

Taylor’s death at the hands of a white cop came just two days before the first anniversary of the shooting death of unarmed Michael Brown by cop Darren Wilson in Ferguson, Mo. Wilson was exonerated of wrongdoing, and the ensuing Ferguson rebellion of outraged and oppressed youth inspired others across the U.S. to come out against racism and police terror killings.

Cops responded to calls about 1 a.m. concerning a possible break-in at an Arlington car dealership on Aug. 7 and discovered that a vehicle had been driven through a front window. Store video of the car lot revealed Taylor acting erratically, but the dealership had no video surveillance inside the facility. (ABC News, Aug. 9)

The unarmed youth was shot four times by Miller and was dead at the scene. A Taser was also used on Taylor by Miller’s field training officer. The medical examiner ruled later in the day that Taylor’s death was a homicide caused by “gunshot wounds to the neck, chest and abdomen.” (abcnews.go.com, Aug. 8)

Arlington police spokesperson Paul Rodriguez said in a statement issued later on the day of Taylor’s killing, “The Arlington Police Department is saddened by this loss of life and will provide the community a clear and transparent investigation.” (wfaa.com, Aug. 7)

Audio leaked to the Huffington Post apparently disproves the cops’ lie that a “struggle ensued” with Taylor when they arrived on the scene, which was supposedly what caused Miller to discharge his firearm four times at Taylor. (huffingtonpost.com, Aug. 8)

The Dallas field office of the FBI has been called in to assist in the investigation of Taylor’s killing while Miller has been placed on “administrative leave” until the law enforcement agencies investigate and decide if one of their own acted unlawfully or not.

The Washington Post on Aug. 8 revealed results of a review by reporters Sandhya Somashekhar, Wesley Lowery and Keith L. Alexander on the pervasiveness of police killings in the United States.

In a nutshell, the writers state the racist facts of cops’ homicidal actions:

“Those 24 cases constitute a surprisingly small fraction of the 585 people shot and killed by police through Friday evening [Aug. 7]. … Most of those killed were white or Hispanic, and the vast majority of victims of all races were armed.

“However, Black men accounted for 40 percent of the 60 unarmed deaths, even though they make up just 6 percent of the U.S. population. The Post’s analysis shows that Black men were seven times more likely than white men to die by police gunfire while unarmed.”

The growing struggle of rank-and-file activists and community members in the Black Lives Matter movement, first sparked by the death of 17-year-old Trayvon Martin by a racist cop wannabe in February 2012, and continuing through the Ferguson and Baltimore rebellions and beyond, is what will stop killer cops.

Working-class solidarity with the most oppressed needs to take a front-and-center place of importance with white activists across the U.S. The right of Black and all oppressed people to self-determination and self-defense against racist killers must be supported by all progressive and anti-racist fighters.