The following is a guest article submitted by a political activist in Memphis, Tenn.

July 22 — Darrius Stewart, 19, of Memphis was gunned down by Memphis police Officer Connor Schilling on July 17. According to the police and a video shot by a bystander, Schilling, white, pulled over the car Stewart was riding in for a broken headlight. Apparently, now the price of a Black life is a broken headlight. 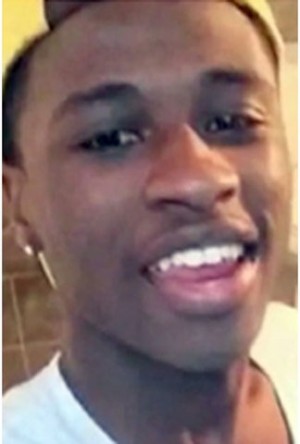 According to the video, Stewart was placed in the back of the patrol car while Schilling checked him for warrants. When the check came up positive for two warrants for nonviolent offenses for a Darrius Stewart, Schilling attempted to take Stewart out of the car and handcuff him. At this point, the unarmed Stewart moves toward the officer and the video shows them struggling on the ground. During the struggle, Schilling pulls his gun and shoots Darrius, mortally wounding him.

Schilling, had backup. He also had 100 pounds on Stewart. (Schilling is 6 feet 2 inches tall, 200 lbs. Stewart is 5 feet 6 inches tall, 100 lbs.) One wonders why he felt the need to go straight for his gun. At best, it shows a complete lack of both professionalism and training. At worst, it shows a callous disregard for a young Black life.

It is reported that Schilling was arrested for DUI last year, but was not charged, and also faced an excessive force case in 2013 that was not pursued. Why was he even legally allowed to have a badge, let alone a gun or authority over other people? Yet again, the “blue wall of silence” has led to the death of a young man. Sadly, given the Memphis Police Department’s history of violence against minorities and the LGBT community, none of that comes as much surprise here in Memphis.

According to statements Stewart’s family gave to the local news, the police had the wrong kid. Those warrants, she said, were for another Darrius Stewart, and, in fact, police had stopped the now murdered Stewart in the past and told him “to be careful because there is someone out there with the same name and a lot of warrants.”  (wmcactionnews5.com, July 22)

It would appear that not only did the officer shoot an unarmed teen; he also had the wrong guy. Of course, the MPD will undoubtedly continue to defend Officer Schilling and demonize Stewart in the media.

As this killing was an attack not only on Darrius, but also the whole Black community of Memphis, it is disgusting that the people will be kept uninformed. Yet, it is no surprise, as the police do what they can to avoid transparency and accountability.

The community has already begun rallying, with a candlelight vigil held the evening of July 20, and multiple Black rights and empowerment groups calling for continued marches and protests across the city in memory of Stewart to be held until Officer Schilling is brought to justice.

Community activists say they will not rest until this murderer is safely behind bars and no longer able to hide behind his badge and gun. It shall march until there is justice for Darrius Stewart. Its voices will echo through the streets, into the halls of government and justice, and show the police that the oppressed and everyone in solidarity with them have had enough.

The movement’s battle cry is “Enough!” There will be no peace until there is a full dismantling of this rotten system that keeps down the poor and people of color. No peace until justice is served, not only for Darrius Stewart, but for all those who have fallen victim to a violent and racist system that has been allowed to stand for far too long. Let each life lost be remembered in the people’s collective consciousness, and their names added to the pantheon of heroes struck down in our struggle for a just and equal world for all.