In Alabama, a Black teenager has died in police custody under suspicious circumstances. Kindra Darnell Chapman, 18 years old, was arrested July 14 by the Homewood city police, allegedly for stealing a cell phone on the street. Homewood is a suburb of Birmingham.

Charged with first-class theft, a felony charge for a typically third-class misdemeanor offense, Chapman was processed at 6:02 p.m., seen alive at 6:30 p.m. and found dead in a jail cell at 7:42 p.m., allegedly a suicide by hanging using a bed sheet. (WBRC, Huffington Post) 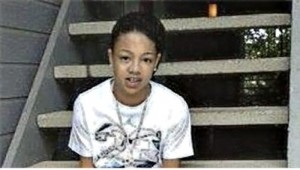 Community sources on social media point out that no bed sheets are provided in the jail’s holding cells. They also point to the notoriously racist behavior of the Homewood police, with accounts of guns being pulled on people of color as well as threats, harassment and violence against local anti-police-brutality organizers, including the tasering and beating of a Black Lives Matter activist.

“Operation I AM,” a local group that emerged from the Birmingham Hands Up movement, has launched a campaign demanding information and answers about Chapman’s death from the Homewood Police Department. (facebook/handsupbirmingham)

In a phone conversation with WW, an Operation I AM organizer said that in addition to holding police accountable, the effort is to warn the police that “the public eye is on you now.”

He added: “The time for action is now. We can’t wait anymore for it to happen next door. Birmingham is next door. This happened to somebody who had a life they were trying to live.” Paraphrasing Dr. Martin Luther King Jr., he emphasized, “If you have injustice anywhere, it is a threat to justice everywhere.”

Organizers are discussing an added dimension to Chapman’s death as a hate crime. Local Black Lives Matter activists state that Chapman was part of the LGBT community.

Though how Chapman might define hir identity cannot now be known, it is probable the Homewood police perceived Chapman to be a lesbian or trans* person. Chapman’s Facebook page, now down, featured a photo of hir girlfriend, who was pregnant, and an ultrasound image. Friends affirmed Chapman was excited about the possibility of a baby coming, and strongly doubted hir death was a suicide.

A record number of LGBT homicides have been reported in 2015. There were 14 in the first two months alone, with half of those deaths being trans* women of color. An earlier report recorded 18 LGBT homicides in 2013, with almost 90 percent of those killed being people of color. More than two-thirds were transgender women. (National Coalition of Anti-Violence Programs)

Operation I Am, local BLM activists and others are organizing a July 22 protest, #KindraLives, in Homewood. In New York City, the People’s Power Assemblies have also called a rally on July 22 for Chapman and Sandra Bland, an African-American woman who died July 10 in police custody in Texas.

Open displays of aggressive racism are on the rise again in Alabama. Two days after Chapman’s death, carloads of white men flying Confederate flags and yelling racist slurs terrorized a Black neighborhood in the small town of Clanton, 50 miles south of Birmingham.

The men were local, calling out the names of some of the neighborhood people in their threats. Residents defended themselves with baseball bats. (WIAT)

The attack followed a July 4 pro-Confederate flag march in Clanton, one of more than 50 such rallies in the South, as reported by the white-supremacist group, Council of Conservative Citizens. (conservative-headlines.com)

The Saturday after Chapman’s death, Linn Park in Birmingham was the site of a pro-Confederate flag rally after the city’s Parks and Recreation Board voted to remove a Confederate monument erected there in 1904. (ABC 33/40)

That rally was sponsored by Alabama Flaggers, a chapter of a regional movement with the motto “This Flag Never Comes Down.”  Speakers included Justin Burton, who has ties to the white-supremacist, anti-Semitic “League of the South,” as well as the CCC. (restoringthehonor.blogspot)

There are long-standing connections between white-supremacist groups and Alabama police. In June, the Southern Poverty Law Center exposed one member of the Anniston, Ala., police department as the chairman of a League of the South chapter, and another city cop as having attended a League convention.

In 1961, the Ku Klux Klan firebombed several buses in Anniston carrying Freedom Riders. State and local police looked on as a white mob viciously beat Black and white civil rights activists testing a U.S. Supreme Court decision desegregating interstate travel.
The Freedom Rides continued, following the leadership of student activists like Diane Nash of Tennessee, who said: “We can’t let them stop us with violence. If we do, the movement is dead.” (Rosetta Ross, “Witnessing and Testifying,” 2003)