The agreement reached July 14 between Iran and the “5+1,” the five permanent members of the United Nations Security Council (U.S., Britain, France, Russia and China) plus Germany, is a huge achievement — for Iran.

Whenever any oppressed country, besieged by imperialism, is able to gain a treaty, gain even a temporary agreement or forestall an outright war while maintaining its sovereignty, it should be acknowledged as a victory over U.S. intransigence. 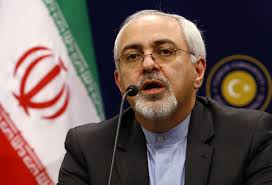 Speaking with reporters in Vienna, Iran Foreign Minister Javad Zarif called the agreement a “historic moment.” “We are reaching an agreement that is not perfect for anybody, but it is what we could accomplish, and it is an important achievement for all of us,” he stated.

U.S. imperialism has attempted through decades of ever-tightening economic sanctions, endless forms of industrial sabotage, political subversion, assassinations, isolation, military encirclement, destabilization campaigns and endless media vilification to bring down the Iranian government and restore a subservient regime such as ruled Iran before the 1979 Iranian Revolution.

The complete failure of these decades-long efforts has finally forced a new agreement. But this limited agreement does not mean an end to Washington’s continuing efforts to sabotage Iran’s independent development. The 159-page agreement and the complex inspections and conditions for step-by-step lifting of the walls of sanctions provide numerous opportunities to use the International Atomic Energy Agency inspections to continually investigate and gain access to all manner of Iranian facilities and to make new demands, create new crises or attempt to sabotage the whole agreement.

The agreement on the part of U.S. and Western corporate power is based on the arrogant hope of ensnaring Iran in a web of economic indebtedness, political compromises and social instability to ultimately regain control of Iran’s rich resources. So the agreement is hardly a finished product. It reflects an ongoing struggle.

U.S. military threats will continue and possibly escalate through constant movements of aircraft carriers and all of their accompanying warships, destroyers, jet bombers and Trident nuclear submarines, capable of destroying all life on earth in one launch, off the coast of Iran. U.S. wars in the region directly and through its proxies of Saudi Arabia, Israel and countless mercenary, marauding bands will continue.

Sanctions are a form of warfare. They are economic extortion by a group of nuclear-armed pirates. The sanctions on Iran predate Iran’s decision to revive a nuclear energy program that had begun, with full U.S. support, during the rule of the brutal, U.S.-backed Pahlavi monarchy. U.S. sanctions began soon after the Iranian Revolution along with the seizure of Iranian assets held in U.S. banks.

These were followed by U.N. Security Council sanctions, imposed under U.S. pressure in 2006, 2008 and 2011, and by European sanctions in 2010 and 2012. Finally, U.S. sanctions legislation demanded that every country in the world participate in a blockade of Iran or face severe U.S. penalties and be cut off from the vast network of U.S. banking, loans and credits.

Russia and China were consistently for ending the sanctions. They face sanctions and encirclement themselves. The Western imperialist powers of Germany, France and Britain — the European Union — were willing to participate if U.S. schemes could be accomplished and the sanctions could achieve the goal of regime change. But in the long run the European powers have little interest in doing what is not favorable to their own capitalist interests. In the 5+1 talks, divisions among the European imperialists became an added pressure, making it difficult for the U.S. to make impossible demands or to just walk away from the negotiations.

While creating enormous hardships and shortages, the sanctions failed to destabilize the government or create an overwhelming reactionary upsurge. By the time of the agreement, the Iranian government was even able to bring inflation, due to shortages, down to 15 percent annually from the almost out-of-control 45 percent.

The immediate money flowing to Iran under the agreement is Iran’s own money. Billions of dollars of Iranian assets had been unilaterally seized and many Iranian assets frozen. Over the course of 20 months of painstaking negotiations, Iran regained $12 billion of its own money. While this is hardly a gift from the banks that illegally held it, its return is a significant accomplishment. There are more than $100 billion in Iranian funds seized and frozen in accounts around the world. Hundreds of billions more were confiscated through lost oil and gas revenue due to the blockade.

Of course the negotiations were never really about nuclear weapons. The “great Iranian nuclear threat” was just a pretext to pull in other countries.

As a signer of the Nuclear Non-Proliferation Treaty, Iran — unlike Israel — has the right to enrich uranium to any levels. But in order to end the economic strangulation, Iran agreed to a deal that severely limits it from what every other one of the 93 signers has the internationally recognized right to do.

Nevertheless, it is no small accomplishment that Iran was able to maintain its right to a peaceful nuclear program

Wall Street and the dependent proxy states in the region — especially Israel, Saudi Arabia and the Gulf monarchies — consider Iran a threat. Why? Ever since the Iranian Revolution broke decisively over U.S. corporate domination of its resources and liberated Iran’s oil and gas resources from the unequal contracts serving the giant oil corporations Exxon, Mobil and Shell, it has served as a revolutionary example.

Iran has a capitalist class that is anxious to increase its own profits and position. But the Iranian Revolution was forced to make a sharp break with imperialist domination as the only way forward. A radical Muslim clerical leadership with a strong anti-imperialist focus has maintained this fundamental break for 35 years.

By developing its economy independent of Wall Street theft and domination and controlling its own resources, Iran has transformed itself within three decades from an underdeveloped country with massive poverty into a modern state with a highly educated population. While capitalist relations prevail, the population was still able to win guaranteed, comprehensive, free medical care; free education, including at the university level; a modern infrastructure; and housing with full electrification.

Women’s education has improved from majority illiteracy to full literacy. More than 60 percent of university students are now female.

Who are the hawks?

In applauding the new nuclear agreement, some U.S. peace forces describe it as a victory over Iranian “hawks” and an easing of a war threat from Iran. This is totally misleading. The war threat on a global scale, and most especially in the Middle East, and the responsibility for war, invasion, occupation and cynical sectarian divisions lies with U.S. militarism. The most powerful U.S. corporations — Big Oil and the military industries that profit from war — drive the right-wing forces mobilizing against any normalization of relations with Iran.

They realize that with the end of sanctions, foreign investors will not have gained unlimited access to Iran. As the March 30 Wall Street Journal laments: “The country launched a privatization program a decade ago that has, albeit fitfully, moved share ownership from companies directly controlled by the government into the hands of Iranian pension funds. Those pension funds are also controlled by government entities — leaving the bulk of the market still under government sway, a concern for some potential investors.”

Israel and Saudi Arabia, as dependent U.S. proxies in the region and whose position and billions of dollars in military equipment are based on their role promoting war and instability, are both threatened by any form of agreement with Iran.

These driving interests are the basis of the large militarist factions in the U.S. ruling class that are still determined to push for war with Iran. They have plans to mount a massive media and lobbying campaign in the 60 days that the U.S. Congress has to approve the agreement. “Bomb Iran” is their theme. “War is inevitable” is their message. War profits is their motive.

It is the hawks like Sen. John McCain, funded by powerful U.S. corporations with a profitable stake in war and militarism, that are determined to sabotage even this short-term agreement. These are the hawks who have lined up a series of right-wing and reactionary think tanks to mobilize a multimillion dollar campaign to defeat the agreement in Congress and possibly to incite military provocations.

A multimillion dollar TV, print, radio and digital campaign will be paid for by well-funded think tanks such as United Against Nuclear Iran, Secure America Now, the Foundation for the Defense of Democracies, the American Security Initiative and the American Israel Public Affairs Committee. They are all busy preparing a full court press in Congress and public opinion.

But the problem U.S. banks and corporations face is that with this agreement finally set, there is a stampede to Tehran. Business hotels in Tehran are packed and U.S. corporations fear being left out of the deals being made, based on Washington’s own intransigence.

Those forces in the U.S. ruling class that are more aware of the shrinking position of U.S. power, including the fallout from its disastrous wars in Afghanistan, Iraq and Libya, are anxious to achieve a regional realignment. They desperately hope to weaken the alignment of Iran, Syria, Hezbollah and Hamas through sectarian division and destabilization.

They well understand that it was the revolutionary overturn of the brutal U.S.-imposed Iranian monarchy in 1979 that fundamentally decreased U.S. influence in the entire region.

The unsolvable contradiction is that U.S. imperialism has both failed to destabilize Iran and has utterly failed to stabilize its rule in Iraq, Libya and Afghanistan, despite massive destruction. Its plans for a quick overturn in Syria have also met determined resistance, despite billions of dollars in funds, equipment and the training of mercenary forces.

This agreement may be only a temporary reprieve. But for Iran it is a hard-fought step forward in a continuing struggle to maintain both Iranian sovereignty and economic development in the face of U.S. imperialist threats and provocations.