On July 9, some 20,000 workers on the London Underground railway system, often called “the Tube,” walked off the job, shutting down one of the largest transit systems in the world. 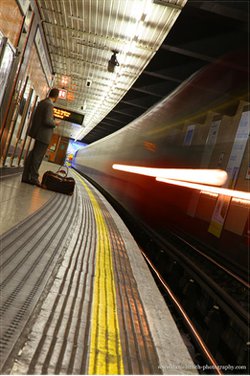 The Tube stretches for 250 miles under the streets of London and its environs, and carries 4 million passengers per day. All four unions representing the workers in the system voted in favor of the strike by a 90 percent margin. Participation in the 24-hour walkout was nearly 100 percent. The Tube was completely shut down.

The dramatic impact of the strike has already led the mayor of London, Boris Johnson, to say that he is reconsidering the date of implementation of the controversial “Night Tube” program, one of the main points of contention with the workers. (theguardian.com, July 9)

Despite other immediate issues, the underlying cause of the strike is the austerity program of the Conservative (Tory) government of Prime Minister David Cameron. Like other countries in the European Union, it has pursued a harsh government policy of cutbacks and higher costs on the poor and working classes of the United Kingdom.

The National Union of Rail, Maritime and Transport Workers says: “Our action is in response to the impact of a 4.2 billion pounds cuts program imposed by the government and mayor of London.” (mirror.co.uk, July 8)

The London Underground is administered by Transport for London (TfL), a semipublic authority supported mostly by fares but under the jurisdiction of the central government.

Immediately before the strike, the TfL threw down a “take it or leave it” offer to the unions. In addition to an inadequate pay proposal, it failed to address the serious disruptions of the new Night Tube program, scheduled to begin in September. The new schedules would lay off 850 workers, close all the ticket offices at night, and lead to enormous disruptions in the schedules of night workers.

The cutbacks would not only endanger overall safety and convenience, but lessen the services available for disabled passengers. Because of past struggles, as this writer can personally attest, the London transportation system has a relatively high level of support for disabled people compared to most U.S. cities. These rights for the disabled are now under attack.