My family lived in South Carolina before the Revolution. My great-grandfather and his kin wore gray. That flag offends me. So do Confederate Memorial Day and all Confederate monuments. Not because they’re “bad for business.” Because they’re wrong.

South Carolina had a Black majority

In 1860 most of the people of South Carolina were Black and enslaved. The Articles of Secession of every Southern state make clear they went to war to preserve and extend slavery.

Most Southern whites did not own slaves. But those who did were the richest people in the United States. They got rich by torture and murder — by working human beings to death to produce the most cotton possible.

Cotton was the world’s most profitable commodity and the biggest U.S. export. The average life expectancy of a slave was 21 years.

The war was for slavery and Confederate soldiers were used 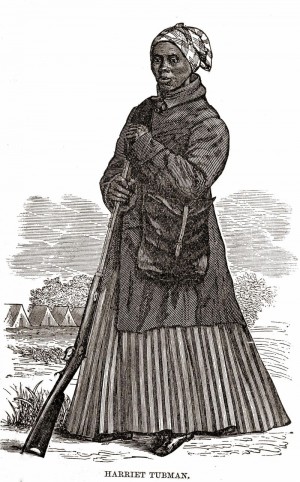 Harriet Tubman served as a spy and a scout for the First South Carolina Volunteers, a regiment of escaped slaves in the Civil War.

Black people themselves acted to end the carnage. Half a million left the plantations and escaped to Union lines, paralyzing the Southern war economy.

Reconstruction was for ALL poor people …

Emancipation and Reconstruction brought democracy to South Carolina. Elected Black war heroes like Robert Smalls and Prince Rivers created the first public schools in this state for people of all races. But democracy in South Carolina was drowned in blood by Red Shirt terrorists waving the Confederate battle flag.

The Confederate battle flag was raised over the Statehouse in 1962 to defend a system where Black people were not allowed to vote, use restaurants, water fountains, swimming pools and parks and were required by law to ride in the back of the bus and give up their seats to white passengers. Today that flag still stands for racism and for keeping South Carolina a low-wage, “right-to-work” state.

And Black freedom struggle did more

The Black freedom struggle of the 1960s did not just sweep away segregation. It brought us Medicare, Medicaid, Title I, better Social Security benefits and a higher minimum wage. Dr. Martin Luther King Jr. was organizing a poor people’s march on Washington, D.C., for economic human rights when he was murdered.

Some say the flag issue is a diversion when jobs are scarce, wages are low and textile jobs are gone. Damn right! It is a diversion for working-class white people to fly a racist flag rather than uniting with Black people to fight for economic justice. But that starts with saying “No” to racism.

Starr is a WW contributing writer.