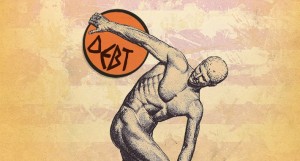 Last spring the Syriza-led Greek Parliament, over the protests of opposition parties, authorized a committee to audit the debt. Below are excerpts from the committee’s June 17 executive summary, with their emphasis in bold.

The committee was formed by the Speaker of the Hellenic Parliament, Zoi Kanstanopoulou, a leader of Syriza. The arguments in this document are within a capitalist framework. However, within the framework of capitalist legality they form the foundation for rejecting the extortionate debt to the bankers.

It should be noted that the document had been issued quite late in the struggle over the debt. It would have been a strong basis for mass agitation had it been issued early on after Syriza formed the government in January 2014.

It should be furthermore noted that this position has not been promoted by the Tsipras leadership in the negotiations with the IMF, ECB and the European Commission. It stands in sharp contrast to the conciliatory and concessionary stance taken by the Syriza negotiating team.

In June 2015 Greece stands at a crossroad of choosing between furthering the failed macroeconomic adjustment programs imposed by the creditors or making a real change to break the chains of debt. Five years since the economic adjustment programs began, the country remains deeply cemented in an economic, social, democratic and ecological crisis … and the deepest and longest recession experienced in Europe during peacetime.

The Hellenic Parliament established the Truth Committee on Public Debt in April 2015, mandating the investigation into the creation and growth of public debt, the way and reasons for which debt was contracted, and the impact that the conditionalities attached to the loans have had on the economy and the population … and to formulate arguments and options concerning the cancellation of the debt.

The research of the Committee presented in this preliminary report sheds light on the fact that the entire adjustment program, to which Greece has been subjugated, was and remains a politically orientated program … revolving around the argument that the policies imposed on Greece will improve its capacity to pay the debt back. The facts presented in this report challenge this argument.

It has also come to the understanding of the Committee that the unsustainability of the Greek public debt was evident from the outset to the international creditors, the Greek authorities, and the corporate media. Yet, the Greek authorities, together with some other governments in the [European Union], conspired against the restructuring of public debt in 2010 in order to protect financial institutions. The corporate media hid the truth from the public by depicting a situation in which the bailout was argued to benefit Greece, while spinning a narrative intended to portray the population as deservers of their own wrongdoings.

This preliminary report presents a primary mapping out of the key problems and issues associated with the public debt, and notes key legal violations associated with the contracting of the debt; it also traces out the legal foundations, on which unilateral suspension of the debt payments can be based. The findings are presented in nine chapters structured as follows:

Chapter 1, Debt before the Troika, analyzes the growth of the Greek public debt since the 1980s. It concludes that the increase in debt was not due to excessive public spending, which in fact remained lower than the public spending of other Eurozone countries, but rather due to the payment of extremely high rates of interest to creditors, excessive and unjustified military spending, loss of tax revenues due to illicit capital outflows, state recapitalization of private banks, and the international imbalances created via the flaws in the design of the Monetary Union itself.

Adopting the euro led to a drastic increase of private debt in Greece to which major European private banks as well as the Greek banks were exposed.

Chapter 2, Evolution of Greek public debt during 2010-2015, concludes that the first loan agreement of 2010 was aimed primarily to rescue the Greek and other European private banks, and to allow the banks to reduce their exposure to Greek government bonds.

Chapter 3, Greek public debt by creditor in 2015, presents the contentious nature of Greece’s current debt, delineating the loans’ key characteristics, which are further analyzed in Chapter 8.

Chapter 4, Debt System Mechanism in Greece, reveals the mechanisms devised by the agreements that were implemented since May 2010. They created a substantial amount of new debt to bilateral creditors and the European Financial Stability Fund (EFSF), while generating abusive costs, thus deepening the crisis further.

Chapter 5, Conditionalities against sustainability, presents how the creditors imposed intrusive conditionalities attached to the loan agreements … have not only contributed to lower [gross domestic product] as well as higher public borrowing, hence a higher public debt/GDP making Greece’s debt more unsustainable, but also engineered dramatic changes in the society, and caused a humanitarian crisis. The Greek public debt can be considered as totally unsustainable at present.

Chapter 7, Legal issues surrounding the Memorandum of Understanding (MOU) and Loan Agreements, argues there has been a breach of human rights obligations on the part of Greece itself and the lenders, that is, the Euro Area (Lender) Member States, the European Commission, the European Central Bank, and the International Monetary Fund, which imposed these measures on Greece. All these actors failed to assess the human rights violations as an outcome of the policies they obliged Greece to pursue, and also directly violated the Greek constitution by effectively stripping Greece of most of its sovereign rights. The agreements contain abusive clauses, effectively coercing Greece to surrender significant aspects of its sovereignty. [These] render these agreements invalid.

Chapter 8, Assessment of the Debts as regards illegitimacy, odiousness, illegality, and unsustainability, concludes that the Greek public debt as of June 2015 is unsustainable, since Greece is currently unable to service its debt without seriously impairing its capacity to fulfill its basic human rights obligations. Furthermore, for each creditor, the report provides evidence of indicative cases of illegal, illegitimate, and odious debts.

Debt to the IMF should be considered illegal since its concession breached the IMF’s own statutes, and its conditions breached the Greek Constitution, international customary law, and treaties to which Greece is a party. It is also illegitimate, since conditions included policy prescriptions that infringed human rights obligations. Finally, it is odious since the IMF knew that the imposed measures were undemocratic, ineffective, and would lead to serious violations of socio-economic rights.

Debts to the ECB should be considered illegal since the ECB overstepped its mandate by imposing the application of macroeconomic adjustment programs (e.g., labor market deregulation) via its participation in the Troika. Debts to the ECB are also illegitimate and odious, since the principal raison d’etre of the Securities Market Program (SMP) was to serve the interests of the financial institutions, allowing the major European and Greek private banks to dispose of their Greek bonds.

The EFSF engages in cash-less loans, which should be considered illegal because Article 122(2) of the Treaty on the Functioning of the European Union (TFEU) was violated, and further they breach several socio-economic rights and civil liberties. The EFSF also acts against democratic principles, rendering these particular debts illegitimate and odious.

The report comes to a close with some practical considerations. Chapter 9, Legal foundations for repudiation and suspension of the Greek sovereign debt.

Several legal arguments permit a State to unilaterally repudiate its illegal, odious, and illegitimate debt. In the Greek case, such a unilateral act may be based on the following arguments: the bad faith of the creditors that pushed Greece to violate national law and international obligations related to human rights; preeminence of human rights over agreements such as those signed by previous governments with creditors or the Troika; coercion; unfair terms flagrantly violating Greek sovereignty and violating the Constitution; and finally, the right recognized in international law for a State to take countermeasures against illegal acts by its creditors, which purposefully damage its fiscal sovereignty, oblige it to assume odious, illegal, and illegitimate debt, violate economic self-determination and fundamental human rights.

People’s dignity is worth more than illegal, illegitimate, odious, and unsustainable debt

Having concluded a preliminary investigation, the Committee considers that Greece has been and still is the victim of an attack premeditated and organized by the International Monetary Fund, the European Central Bank, and the European Commission, aimed exclusively at shifting private debt onto the public sector.

The Committee hopes that the report will be a useful tool for those who want to exit the destructive logic of austerity and stand up for human rights, democracy, peoples’ dignity, and the future of generations to come.