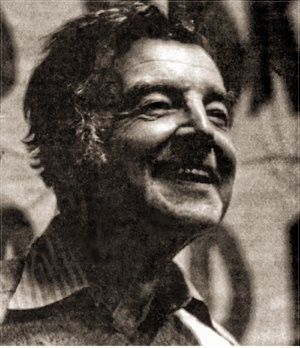 The first known celebration of the end of slavery in the U.S. came on June 19, 1865, when Union soldiers landed in Galveston, Texas, with the news that the Civil War was over and those who had been enslaved were free. That glorious day became known as Juneteenth.

This Juneteenth also happens to be the 100th anniversary of the birth of a wonderful comrade and founding member of Workers World Party, Vincent Copeland.

Copeland put his revolutionary politics into action as a steelworker, union militant, activist and the first editor of Workers World newspaper. He was fired from Bethlehem Steel in 1950 after leading what the company called a “wildcat” strike. Some 16,000 workers then walked out, trying to get him back.

The big issue in steel then was the racist seniority system, by which the company could hire white workers off the street for better jobs and pass over Black workers with years of seniority in the most dangerous and difficult departments, the coke ovens and blast furnaces. Copeland helped build a Black-white caucus to fight for plantwide seniority. His pamphlet “Blast Furnace Brothers” showed how it could be done, even at a time when racism was rampant.

Copeland later rediscovered an account of the 1859 raid on Harper’s Ferry, written by a survivor of that attempt to start the war against slavery. He republished it in the book “A Voice from Harper’s Ferry” by Osborne P. Anderson, “A Black revolutionary who was there.” Copeland’s introduction to the book, “The Unfinished Revolution,” has much relevance to today’s struggles against racism and white supremacy. Toward the end, Copeland writes about the revolutionaries of that era and this:

“By clearing the field of this ancient evil [chattel slavery], they laid the basis for the modern struggle against the modern evils.

“The fact that this modern struggle, the fight for socialism, is a long time coming; the fact that it must overcome mountains of miseducation, ruling-class racism and deceit, obscures, just as the pre-Civil War official philosophy and racism did, the inevitability of the coming revolution. It obscures the absolutely irreconcilable character of the class antagonisms that will and must be fought through to the end.

“The class antagonisms of today are very different from those of 1859 and 1861. The struggle this time will be led by the oppressed themselves — that is, by the Browns and the Andersons of the proletariat rather than by the Lincolns and Grants of the bourgeoisie. Where the heroes of Harper’s Ferry failed to effect the kind of revolution they wanted, their descendants will succeed.”