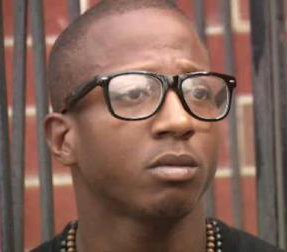 Another mother has lost her child to the racist, brutal prison system. Kalief Browder, an African American who was only 22 years old, committed suicide on June 6, after having spent more than three years in jail at Rikers Island in New York City. He hung himself with an air conditioner cord at his home in the Bronx.

Browder was arrested in the spring of 2010 at the age of 16 for allegedly stealing a backpack. Bail was set at $3,000, a sum his mother could not afford. Throughout his three-year ordeal at Rikers, Kalief heroically refused to plead guilty, always stating his innocence — even though it might have meant an early release.

Browder’s case caught the attention of well-known journalists. For example, a spotlight was shone on his tribulations in an article written by Jennifer Gonnerman in the New Yorker’s Oct. 6, 2014, issue. That article and others detailed that this young man, a teenager, a beautiful child who might have had a promising and wonderful life, spent more than a thousand days in jail where he was brutally treated, beaten and tortured.

Browder later related stories to his family about being starved and beaten by Rikers’ guards. Video footage acquired later by journalists sadly confirmed this nightmare.

Unbelievably, two of Browder’s three years at Rikers were spent in solitary confinement. While incarcerated, he tried to end his life several times. Clearly, the prison-industrial complex broke this young man’s fighting spirit.

Because of Browder’s horrific situation, there have since been a plethora of articles in the mainstream media about what he went through during his 1,000 days at Rikers Island. Articles of condemnation abound, rightfully calling Rikers a “house of horrors” and even comparing it to Abu Ghraib. Politicians like Mayor Bill de Blasio condemn conditions at Rikers Island.

But unlike what many media accounts are stating — that “New Yorkers did not fail Kalief” — the system did fail him. The working class of New York City is not to be blamed; its rulers are.

Browder the rule, not the exception

Browder garnered much attention and support. Upon his release, he was able to meet Jay Z. Rosie O’Donnell invited him to appear on TV on “The View” on Nov. 7, 2014. Anonymous donors paid for some of his tuition for community college.

Still Browder could not overcome the demons that had been planted in his young mind as a result of solitary confinement and torture.

Let this be a hard lesson for the liberal petty bourgeoisie. Charity or heartfelt generosity is not enough to save a life. One New Yorker article that exposes the terrible reality of so many prisoners can serve more to make a writer famous than deal with the root causes.

New Yorkers are not passive about prison conditions. Example after example abound of families and activists who work night and day to show what is happening in the prison systems in New York and throughout the country. However, their voices don’t seem to be heard as much as those who write for the New Yorker.

Reports from many legal sources, entities such as the United Nations, countless mental health experts and well-documented films have clearly demonstrated the dangers of solitary confinement and the horrors of prison conditions in this country. Solitary confinement has been shown to drive adult men insane. Imagine the effects on a young mind.

This is an age-old problem; it did not just begin. In her book “The New Jim Crow,” Michelle Alexander demonstrates that this government and the capitalist system it upholds are calculated and designed to jail the oppressed. The prison system — just like the killer cops who walk free — shows that Black and Brown lives do not matter under the capitalist system.

That is why the entire capitalist system must be overturned and uprooted in order to save the lives of future Kalief Browders. Until then, Rikers Island should be shut down immediately, killer cops should be jailed and the occupying police force disarmed. That should be the order of the day.