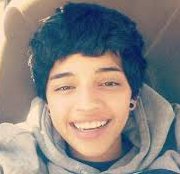 On June 5, Denver District Attorney Mitch Morrissey announced that he had cleared officers Gabriel Jordan and Daniel Green in the January shooting of Jessica Hernandez, 17. Morrissey apparently hoped the late Friday announcement would delay the news reaching the community.

The DA concluded that criminal charges were unjustified. He said the officers were “reasonably fearful of their lives” and that “responding with deadly force was justified.” No one was surprised since this DA has never charged a police officer in a duty-related killing in 23 years.

Here is the story as pieced together from the Denver news blog westword.com and conversations with Hernandez’s family:

In January, five teenage women who had been drinking and smoking were in an alley sleeping in a stolen car. The police moved in screaming, “Get out of the car!” Visibility was poor and the windows were fogged.

Jessica Hernandez, who was the driver, started to get out of the car and then closed the door.  Eight shots rang out. Hernandez, a Latina woman whom friends called Jessie, was hit with three bullets.

In the panic of the moment the car moved. The police say the car came at them. The officer stated he pushed his hand out and “bounced” off the car. The car did not hit him.

When police fired, their shots did not strike the front windshield but rather pierced the side windows.  Three bullets struck Hernandez, killing her, and another wounded one of the four passengers. All the bullets went in the side window, indicating that the officer was not firing from in front of the car. The car may have moved after Hernandez had been shot.

Police themselves create a grave danger if they shoot into moving cars when they are not being shot at.

Others shot by police

There were four shootings by police in the seven months prior to and including Hernandez’s death. Another unarmed young person of color, Ryan Ronquillo, 20, was  killed in his car by a hail of 12 police bullets in July 2014. Three others were seriously injured in the other shootings.

In the past, the police have often claimed that a car is a “loaded weapon.” On June 9, the police announced a change in policy and police will no longer be permitted to shoot into moving cars unless shot at. They can no longer consider a car as a weapon. They will just have to get out of the way as a first response. (Denver Post, June 9)

For months there have been community protests against the excessive force used by the Denver police. Petitions were gathered to demand a federal investigation. Memorials and fundraisers were held to help pay for Hernandez’s burial, support for her family and legal expenses.

DA Morrissey has told the family and the public that Hernandez would not have died if she had “simply complied with lawful police orders.” (Denver Post, June 6) Blaming the victim of a police murder for her own death is a common practice by police in order to justify their crimes and avoid responsibility for their acts.

An attorney for Hernandez’s family, Qusair Mohamedbhai, said the officers were too quick to use deadly force. “Jessie and her friends were placed in danger by Denver police officers’ decision to employ unnecessary deadly force as a matter of first resort.” (abcnews.com, June 5)

The American Civil Liberties Union also expressed dismay in a statement to the June 6 Denver Post at the predictable pattern of DA Morrissey in refusing to bring charges against the officers. The ACLU said there was a “serious conflict of interest” since Morrissey has not filed a single indictment of a killer police officer in over two decades.

The ACLU is currently calling again for the U.S. Department of Justice to investigate not only Hernandez’s killing but “the pattern and practice of using excessive force and violating the civil rights of Denver residents.”

Other important issues regarding Hernandez being Latina and identifying as “queer” are thought to have intensified police feelings when dealing with the car of five young women. The officers stated they initially thought they saw a “male” — Hernandez has short cropped hair — who started to get out of the car and then jumped back in.

The June 6 Denver Post reported that the family was “disappointed but not surprised” about the DA’s ruling since “Morrissey is a guardian of the Denver Police Department and officers only have to claim that they feared for their lives to justify a shooting. … The family will seek lawful means for justice and change within Denver and throughout the nation.”

Many individuals and groups support the family. The Colorado Latino Forum was outraged. According to the Denver Post, Lisa Calderon, co-chair of the Denver Latino Forum, said, “We are sickened and saddened by the decision to exonerate the officers, but we are not surprised.”

Supporters of Hernandez say that an outside investigation must take place due to the close relationship of the DA’s office with the police. Since the police and the DA’s office are both parts of the state repressive apparatus, the community must continue to unite and mobilize to demand justice.

Still, stopping the police from wantonly shooting into cars is a small victory and could have saved the lives of Jessica Hernandez and Ryan Ronquillo. Their lives mattered!