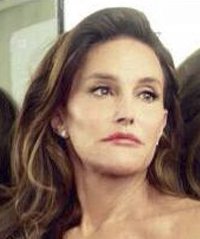 Bruce Jenner, the 1976 decathlon champion and Olympic gold medalist, came out as transgender to an international audience when a two-hour interview with Diane Sawyer aired on ABC on April 24. A record-breaking 20 million viewers watched the interview — really a mini-documentary — and heard Jenner speak his (the pronoun he used at the time) truth: “… I am a woman.”

In a two-part E! special, “Keeping Up With the Kardashians: About Bruce” in May, Jenner stated: “The only thing I want out of this is just to help people. Not just the trans community — it’s really bigger than that, it’s so much more. … We need more tolerance in this world towards our fellow [people]. We are all human beings put on this earth; we need to learn to live together.”

Caitlyn Jenner was introduced on June 1 when the July cover of Vanity Fair magazine was unveiled. Millions of people around the United States and the world applauded Jenner’s courage, at age 65, to further reveal her lifelong struggle and come out publicly as a woman. On social media, trans people, including many trans women of color, were ecstatic, welcoming, proud and celebratory of Jenner’s transition.

Notwithstanding her wealth and political ideology, Workers World applauds Jenner as well and affirms her right to self-determination. Moreover, we recognize that it is the decades-long movement for basic rights and liberation of and by trans people that built the platform Jenner now stands on as a transitioning, proud and out trans woman.

We fight against the legalized discrimination, oppression and violence facing many trans people, preponderantly transwomen and trans people of color. Many trans people face family rejection, homelessness, poverty and other oppressive and demeaning social problems. It is legal in most states to discriminate against trans people in jobs, housing and other areas. According to a report issued in January by the Human Rights Campaign and the Trans People of Color Coalition, violence against and killing of trans people is a “national crisis.”

And yet, trans people courageously live their lives in ways they choose, and become political leaders in struggles for liberation.

Workers World will continue to stand with the most oppressed and fight for full civil rights and liberation for all trans people. We applaud Caitlyn Jenner’s public celebration and all that she has done to encourage, inspire and raise the spirits of trans people everywhere.