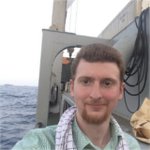 This report is one of several eyewitness accounts provided by International Action Center and FIST (Fight Imperialism, Stand Together) youth activist Caleb Maupin, who took part in a humanitarian aid mission to Yemen in May.

Tehran, May 29 — The mission of the Iran Shahed Rescue Ship to Yemen, as previously reported, was unsuccessful. Massive Saudi bombing of the Hodiedah port and 15 hired Sudanese mercenaries with rocket launchers made delivery of humanitarian aid to the people of Yemen impossible.

The 2,500 tons of medical supplies, food and water were handed over to the U.N. World Food Programme for distribution when Saudi terrorism made it impossible for us to deliver them to the people of Yemen.

Since our ship docked in Djibouti and my return to Tehran, the Saudi bombing campaign has only increased. The total number of Yemenis now dead is estimated to be well over 4,000. The Saudi bombers, being refueled by the U.S. Air Force and directed by U.S. satellites, are specifically targeting the region of Hodiedah, where we intended to deliver the food and supplies.

According to reports, the port of Hodiedah has been “completely destroyed” after days of relentless bombing. In addition, the Saudi airstrikes have targeted a medical university in Hodiedah. Twelve young Yemenis who were sitting in class, studying to become doctors or nurses, were killed. Scores of others have been wounded.

How can the Saudi military and its U.S. allies, or any rational human being, justify slaughtering noncombatant medical students?

Risking their lives to help

There are many Red Crescent Society volunteers currently in Yemen. As a wealthy U.S.-backed autocratic kingdom unleashes its forces of destruction on one of the poorest countries on earth, those volunteers are stepping up and doing what must be done. The medical volunteers who are aiding the people in Yemen right now are risking their lives each day to bring aid to those in great danger.

While I was on the Rescue Ship, I had the honor of having many in-depth conversations with Red Crescent Society volunteers. Many of them have spent years working in international operations. They have been all over the world, throughout the Middle East and to Latin America, Asia and Europe, and they have sometimes been in very dangerous situations.

One the volunteers told me his life story. He described how his two older brothers died in the Iraq-Iran war during the 1980s. He told of how his mother, after losing her two oldest sons in that horrific war, had psychological trauma for the rest of her life. He told of going to Iraq in the aftermath of the U.S. invasion as a Red Crescent Society volunteer. In Iraq, he was captured and spent months held prisoner by an armed faction. He was eventually able to escape in the chaos of the fighting.

Because I do not speak Farsi, I was unable to communicate with many of the others on board. If I had, I am sure I would heard many more amazing stories.

When it was announced that our ship was unable to go to Yemen, these volunteers were filled with bitter disappointment. They wanted to go to Hodiedah and help those who needed them. They felt they had a moral responsibility to get to Yemen. They were so let down, unable to do what they had set out to do.

These volunteers are from a different country, half a world away from where I was born in Ohio. They have a different religion and a different political perspective than I do. Regardless, I still hold them up in the highest admiration. It was one of the greatest honors to be able to accompany them for two weeks. Especially as someone from the United States, a country which has so much blood on its hands, it means so much that I was trusted and welcomed onboard.

The actions of the Red Crescent Society volunteers point toward a side of human nature that the apologists for capitalism and neoliberalism simply do not acknowledge. Within the human spirit, there is a drive to help others or “stand with the oppressed,” as Shia Muslims put it.

Though it is not rewarded in a global economic setup defined by profits, this kind of solidarity has not been, and will never be, driven from the human psyche.

Beyond the bombs and cruise missiles, there is hope for a better world.