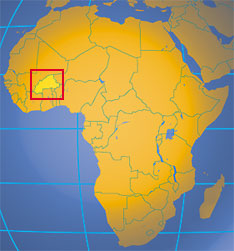 The unity agreement came several months after a national uprising which ousted former coup-leader-turned-president Blaise Compaoré, who is now living in exile in neighboring Ivory Coast.

Compaoré was forced to flee after a people’s rebellion in late October and early November, when hundreds of thousands of youth and workers took to the streets demanding that he not stand for another term. When it appeared that the parliament would allow Compaoré to run again, the building was attacked, occupied and set on fire.

Continuing unrest prompted two military coups over the following days. Many protesters demanded the immediate return to civilian rule. A coalition of military and political leaders established an interim government mandated to hold elections on Oct. 11, 2015.

Between the years of 1983-87, Sankara had led a revolutionary movement that took power and sought to transform the postcolonial agricultural state into a resource for the improvement of the living conditions of the people and a model for other nations in Africa. However, Sankara, known as the “Che Guevara of Africa,” was assassinated along with 12 other military and political officials in a counterrevolutionary coup led by Compaoré, who remained in power for over 27 years.

Even the Associated Press noted in a report: “Sankara was a Marxist, anti-imperialist revolutionary who in four short years in power doubled the number of children in schools, reduced infant mortality, redistributed land from feudal landlords to peasants and planted 10 million trees that still help shade Ouagadougou, the capital.” (May 25)

His policies drew the ire of the government of neighboring Ivory Coast, a client of French imperialism. The Ivory Coast regime has always been suspected of playing a role in the coup that removed Sankara from power.

After Sankara was murdered on Oct. 15, 1987, the country reverted to being an outpost of French and U.S. imperialist intrigue. During the tenure of Compaoré, Burkina Faso became the leading producer of gold on the African continent. The neocolonial state served as a base for French military intervention in neighboring Mali.

The widow of Captain Sankara, Mariam Sankara, who often speaks out on various aspects of Burkinabe politics, urged the parties to come together in order to challenge the parties backed by the imperialists in the upcoming elections.

Me Benewende Stanislas Sankara was recently endorsed as a candidate by the 10 political parties that claim to be heirs of the ideology of Burkina Faso’s martyred leader. Me Sankara, no relative of the former revolutionary leader, is an attorney involved in demanding that an inquiry be conducted into the October 1987 coup and assassinations. Me Sankara is one of the lawyers representing Thomas Sankara’s family.

After a judicial order in March by the Burkinabe courts, a grave reported to contain the remains of Thomas Sankara and other leaders killed on that fateful day in 1987 was exhumed on May 25. This is the first phase in efforts to determine if in fact Sankara was buried at this location and what were the real causes of his and the others’ deaths.

According to a report published by Reuters on May 25, “Sankara’s relatives have for years pressed for his body to be tested, saying they suspect it may not be that of the former president.” Sankara’s sons, Philippe and Auguste, are providing DNA samples for comparison.

A biography of Sankara was released in late 2014 chronicling his political life: “Thomas Sankara, An African Revolutionary,” by Ernest Harsch, a long-time researcher and analyst of African affairs.

The book comes as mass discontent is growing among youth and workers throughout Africa. The uprising in Burkina Faso reflected the failure of the neocolonial African nation-states to address the fundamental needs and aspirations of the majority.

Sankara sought to rapidly advance Africa’s development by breaking ties with imperialism, which continues to hamper the forward progress of the continent. Over the last seven years, since the formal founding of AFRICOM (the U.S. Africa Command), the Pentagon and the CIA have escalated U.S. intervention in Africa, severely weakening the capacity of African states to resolve their own national security imperatives.

Events in Mali, Burundi, the eastern Democratic Republic of Congo, the Republic of South Sudan, Somalia and other states demonstrate that, without unity and self-determination, there can be no genuine sovereignty for the formerly colonized nations. To organize the people of Africa on an anti-imperialist basis there has to be an ideological reorientation toward socialism to restructure society in the interests of the workers, farmers and youth.

Harsch’s book chronicles Sankara’s journey from his youth to his recruitment into the military, rising political consciousness, and burgeoning anger with the country’s — then called Upper Volta — poverty, underdevelopment and economic corruption. During his rise to power, Sankara utilized these conditions to organize the people for revolutionary change to defeat the antiquated neocolonial system.

Sankara and his comrades instituted economic and social ideas that steered away from dependency on the International Monetary Fund and the World Bank. They relied instead on Burkina Faso’s resources to construct educational institutions, hospitals and state-directed projects aimed at improving the quality of life and the liberation of women.

Not surprisingly, Sankara’s revolutionary ideology and practical programs gained tremendous support both inside Burkina Faso and throughout Africa. Unfortunately, a myriad of opponents, including dissident factions within his own political camp as well as the military, finally moved to overthrow the national democratic revolution. Nonetheless, during the uprising in 2014, thousands of youth and workers held banners and wore shirts with the image of Sankara.

For the upcoming elections, it is essential that a political program is developed that can win over the majority of working people, farmers and youth inside the country. A breakthrough in Burkina Faso toward a revolutionary vision of the future would have a profound impact on Africa and the international scene.