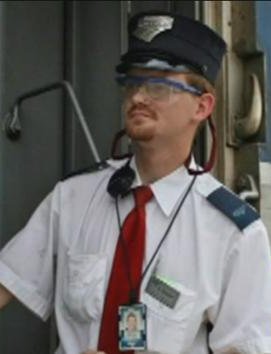 When Amtrak train No. 188 derailed in Philadelphia on the night of May 12, eight people were killed and over 200 injured.

Among those killed was Derrick Griffith, dean of student affairs and enrollment management for Medgar Evers College in Brooklyn, N.Y. Two of this writer’s co-workers at Amtrak’s “40” office — its New York dispatching center — were injured.

Many are wondering how this disaster could have happened. The train was going from Washington, D.C., to New York when it derailed on a sharp curve at Frankford Junction, almost eight miles east of Philadelphia’s 30th Street Station.

This was near the site of a 1943 wreck of the Pennsylvania Railroad’s Congressional Limited that claimed 79 lives.

Despite the devastation this train wreck caused, train service resumed a few days later on Monday, May 18. Union members worked around the clock to repair the tracks and install new catenary poles to carry the electrical power wires.

The speed limit for this stretch of track was 50 mph. Yet the engine was going slightly more than 100 mph when it derailed.

Was the engineer incapacitated? Was there something wrong with the engine, which was a new model? What safety measures are needed to prevent this tragedy from being repeated?

Much of the capitalist media and political establishment ignored these serious questions and instead viciously assailed the engineer, Brandon Bostian.

Radio bigot Rush Limbaugh made homophobic attacks on Bostian and hinted that he wanted to commit suicide.

The New York Daily News’ charming front-page headlines on May 15 were  “Engineer’s convenient concussion” and “Did I do that?” with a picture of Bostian.

Bostian did indeed suffer a concussion and “received 14 stitches in his head and staples in his leg as a result of the crash.” (Newsweek, May 14)

Bostian was questioned for hours by investigators from the National Transportation Safety Board (NTSB), who described him as cooperating fully. But the Amtrak engineer can’t remember what happened between the time the train went through North Philadelphia station and the derailment a few minutes later.

A loss of memory isn’t unusual with people who suffer concussions or other accidents. This writer’s brother broke his leg in a skiing accident years ago but can’t remember the actual time of injury.

None of this prevented some media outlets from insinuating that Brandon Bostian was lying or covering up.

This defamation campaign even included ridiculing Bostian for having worked his way through the University of Missouri as a cashier at a Target. This is just sneering at workers, similar to presidential candidate Mitt Romney’s notorious remarks about the “47 percent.”

The Daily News described as “rants” the cogent posts that Bostian had apparently written earlier on the trainorders.com website, calling for the railroad industry to implement the safety measure called Positive Train Control.

One possible theory is that a rock or some other object was thrown at Amtrak locomotive No. 601 as it pulled the soon-to-be-derailed train. This could have caused the engineer to be temporarily distracted or even lose consciousness.

An Amtrak Acela train and a SEPTA commuter train were reportedly stoned the same night, a few miles from the site of the derailment.

Rocks have been thrown at trains for generations, and that’s not good. The New York Times described how President Teddy Roosevelt’s train was stoned in the same Philadelphia neighborhood over a century ago. (May 17)

The FBI is now investigating. Look out! The FBI and Philadelphia police could concoct a frame-up like that of New York’s “Central Park 5,” who were falsely convicted of rape charges.

Those five Black and Latino teenagers spent years in jail before being exonerated and awarded $41 million in reparations. But billionaire Donald Trump called for them to be executed.

This train wreck will probably speed up the complete installation of Positive Train Control on Amtrak’s line between New York City and Washington, D.C. According to the NTSB, this safety system could have prevented the wreck.

The hold-up has been the years spent negotiating with private operators for the necessary radio bandwidth needed to operate PTC.

If ever there were a case for “eminent domain” — the taking of property with compensation by the government or utility for the public good — this is it. The Federal Communications Commission should have knocked heads and forced the private operators to deal with Amtrak.

The rest of the railroad industry is dragging its feet on installing PTC and is lobbying Congress to extend the December 2015 deadline.

Bring back firemen and hire firewomen

But there’s another safety measure that needs to be adopted. Engineer Brandon Bostian, like most passenger engineers, was operating alone.

Years ago there would have been a fireman in the cab who could take over in case of an emergency.

As Doc White, a retired locomotive engineer for Burlington Northern Santa Fe railroad, told Workers World: “This was a tragedy waiting to happen. You need two people in a locomotive. On freight trains you usually have a conductor riding with the engineer, calling out signals. But on a passenger train you’re all alone,” said White, who started out as a fireman.

The railroad industry spent years reducing crew size, which they denounced as “featherbedding.” One result was the deaths of 47 people in Lac-Mégantic, Quebec, when a 74-car runaway oil train filled with highly volatile crude oil exploded on July 6, 2013.

There was only a single employee — the engineer — in charge of this moving bomb.

The Philadelphia track tragedy could have been worse. The derailed engine stopped a few feet from a tank car.