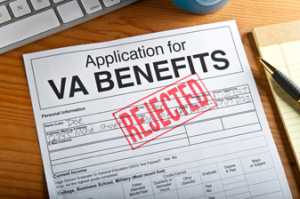 The perpetual warfare state headquartered in Washington, D.C., and extending to military bases and deployments around the world has a multitude of victims.

Let’s start with the ones right here in the United States.

While media attention has died down since last summer, the crisis at the Department of Veterans Affairs has continued. Millions of veterans of the many, many U.S. military deployments of the last half century continue to despair of receiving even the most urgent medical care at VA hospitals.

In an emergency vote, Congress last August approved an additional $16.3 billion for the VA’s annual budget, bringing the funds allocated for 2015 to a whopping $164 billion. But there has been no improvement in the length of time ailing veterans must wait to be seen.

“Nearly 894,000 appointments completed at VA medical facilities from Aug. 1 to Feb. 28 failed to meet the health system’s timeliness goal, which calls for patients to be seen within 30 days. More than a quarter of those appointments involved a delay of longer than 60 days. … The number of medical appointments that take longer than 90 days to complete has nearly doubled.” (Associated Press, April 9) The long delays have led to many deaths.

These delays are worst at VA hospitals in the poorest states of the South and West, precisely where working-class youth have few options except unemployment, low-wage jobs, prisons — or the military. Racism makes it even worse for young Black, Latino/a and Native women and men, who are first avidly sought by recruiters and then neglected once they come home with physical and/or mental disabilities.

As of 2013, almost 9 million vets were enrolled with the VA. And this in a country that has not officially declared war since the 1940s! These figures alone show that the oh-so-patriotic imperialist strategists who decide that conquering other lands is good for capitalist profits don’t give a fig for the people — either in the countries they destroy or at home.

Now let’s lift our eyes from our immediate surroundings and look around at the rest of the world. The suffering from war — shock and awe, drone strikes, mopping-up operations, peacekeeping efforts, whatever the Pentagon and State Department policy wonks decide to call it — in the oil-rich lands of Western Asia and North Africa makes the horrors faced by veterans here seem mild by comparison.

First Afghanistan, then Iraq, Syria, Libya, now Yemen — these countries have been torn apart by wars originating from the U.S. and paid for largely by U.S. taxpayers. Israel’s constant war against the Palestinians is also bankrolled by Washington. The people in the U.S. didn’t ask for this carnage — they’re just stuck with the bills for whatever the bought-and-paid-for politicians decide.

While veterans here despair over the treatment they get on their return home, what must life be like for those in countries where whole villages have been obliterated by high-powered bombs directed by unseen hands, sometimes on the other side of the world? What is it like for survivors trying to “get on with their lives” when so many friends and relatives are dead or disabled? And what about those who landed in U.S. military and CIA torture chambers?

Out of the chaos and disruption caused by these wars, new political and military forces have arisen. What seems to unite many is intense hatred for the invaders, those responsible for the ruination of their ancient lands. Their resistance then becomes the new excuse by the imperialists for even greater intervention.

The Fertile Crescent is not the only area of the world seen as a target for conquest by Pentagon war hawks, Wall Street and the huge “defense” industry. NATO, which incorporates the European imperialists but hops to the Pentagon’s tune, has been pushing ever eastward in Europe. The coup in Ukraine, scripted by the State Department even down to picking the president, relied on fascist thugs in the streets. The resistance in eastern Ukraine — the Donbass region — surprised the coup makers in Kiev, who want the U.S. and NATO to rescue their increasingly unpopular and bankrupt regime.

Just as ominous are the moves being made by the U.S. to further unleash imperialist Japan’s war-making capabilities in order to threaten China and the Democratic People’s Republic of Korea. Prime Minister Shinzō Abe of Japan, who refuses to apologize for his country forcing Korean women into sexual slavery at its military brothels during World War II, was just in Washington making agreements with the Obama administration to increase their joint military efforts in the North Pacific.

From the vets here to the embattled Middle East, to eastern Europe and the growing war threats in Asia, there are millions of reasons to fight the U.S. war machine. Stop the Pentagon-Wall Street war machine!