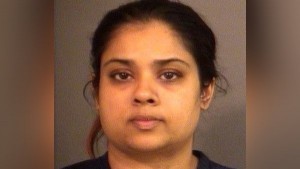 For the first time in the United States, on March 30 a woman was convicted and ordered to spend 20 years of a 41-year sentence in prison for child neglect — and feticide! The charges against Purvi Patel, a 33-year-old woman of South Asian descent, were clearly contradictory, but that did not stop prosecutors from using “junk science” to win their case.

This is the first time a feticide law — on the books in 35 states — was used to criminalize abortion. (For background, see “Indiana woman criminalized after miscarriage,” workers.org, Feb. 19)

This is the second time Indiana has prosecuted a woman of color under its feticide law. Chinese migrant Bei-Bei Shuai was arrested in March 2011 after a failed suicide attempt led to ending her pregnancy. After spending 435 days in jail, she eventually accepted a plea deal for “criminal recklessness” and was released in 2013.

South Asian-American physician and writer Sayantani Dasgupta observed, “The fact that Patel is of Indian origin, a brown woman in the heart of the American Midwest, a South Asian face in the era of post 9-11 racial profiling, is in fact critically important in this narrative of criminalized reproduction.” She cited the Patel and Shuai cases as being driven by the religious right’s critical views of India and China in their global evangelical crusades against abortion. (Salon, April 26)

While calling this case “a clarion call” for women’s reproductive freedom, Dasgupta stated: “This case simultaneously reveals right-wing racist and xenophobic politics. There is an organized backlash to abortion rights happening in this country, married to an anti-immigrant, Islamophobic, apocalyptic fervor that holds fetal ‘citizens’ far more dear than female ones.”

Attacks on women’s health clinics accelerated in the first three months of 2015. The only clinic in Mississippi was vandalized on March 22.

The Guttmacher Institute reported April 2 that state legislators have proposed 332 laws to restrict access to abortion services in 43 states. Of 53 approved, only nine have been enacted. These laws curb access in both early and later months of pregnancy, “leaving women with fewer options and a greatly reduced time frame to get the care they need.”

Arkansas and Idaho banned use of “telemedicine” for prescribing early medication abortions (such bans exist in 15 states), while West Virginia banned abortions 20 weeks after fertilization without exceptions for rape and incest. In mid-April, Kansas and Oklahoma took the 20-week ban even further by passing a law which prohibits use of the dilation and evacuation (D&E) procedure for abortions after 20 weeks postfertilization. Missouri and South Carolina are considering similar laws, as is Congress.

A major problem, as noted by progressive critics, is that such laws are not based on medical or scientific terms and methods, and they interfere with the practice of medicine and the doctor-patient relationship. The D&E procedure is one of the safest methods for second trimester abortions, which only account for about 8 percent of all U.S. abortions. These bans discount that fetal testing results are often not known until late in the second trimester, when families are forced to make heartbreaking decisions about ending a wanted pregnancy. The struggle on this issue has just begun.

After a huge social media campaign to stop the federal human trafficking bill from including an anti-abortion provision that would have expanded the role of the Hyde amendment (which blocks federal funding for abortions for poor women), the Senate passed the bill without such language on April 22. Now, the survivors’ compensation fund has two separate pools of money: funds from criminal fines will provide survivors with nonmedical services, while only federal funds appropriated originally for community health centers must adhere to the Hyde Amendment. Though this is not a victory, it is a setback for anti-abortion forces.

A hearing was held April 15 on a California bill to regulate anti-choice “crisis pregnancy centers.” The Reproductive Freedom, Accountability, Comprehensive Care and Transparency (FACT) Act would require all licensed facilities in the state that “provide family planning and pregnancy-related services to inform patients about available assistance for affordable contraception, abortion and prenatal care, including how to obtain that assistance.”

An amendment to Illinois’ Health Care Right of Conscience Act, which would have the same effect as the California bill, was introduced April 21. It mandates that all health care providers at 46 community health centers in Illinois must advise clients on the benefits of abortion and make referrals for abortion services.