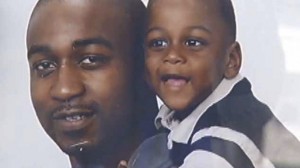 According to a 2012 Amnesty International report, tasers used by police in the U.S. resulted in the deaths of more 500 people between 2001 and 2012.

A November 2014 United Nations Committee Against Torture report condemned U.S. police violence, torture and the use of tasers, particularly against African-American, Latino and Latina youth.

The use of electricity as a form of torture was pioneered by Adolph Hitler’s Nazi regime during which people with emotional, psychological and mental disabilities were often targeted.

In early April, an unarmed, “mentally ill,” African-American man, Donald “Dontay” Ivy, 39, died in police custody in Albany, N.Y., after being tasered by officers. Ivy’s family described him as “a paranoid schizophrenic who suffered from heart problems, but kept to himself and was not violent by nature.”
(Timesunion.com, April 3)

According to the police, three officers approached Ivy, citing “suspicious activity.” Ivy allegedly became “aggressive” and ran away from the officers, who tasered and tackled him to the ground. They said he continued to struggle after being handcuffed. After Ivy lost consciousness, the officers say they tried to revive him, but without success.

Why did police stop Ivy? According to Timesunion.com, as of April 23 the Albany Police Department still has not answered that question publicly more than three weeks after Ivy’s death.

Family members say the department has told them that officers suspected Ivy had a gun or another weapon because his shirt was pulled down over his left hand as he walked along Second Street in the Arbor Hill neighborhood. “Police told the family the officers noticed the covered hand as they drove by in a patrol car,” said Chamberlain Guthrie, Ivy’s cousin. That led the officers to turn the car around and confront Ivy.

Officers asked for ID and Ivy provided it. One of the officers then frisked Ivy from behind, finding no weapon. The officer then tried to frisk Ivy from the front — and that’s when police allege that Ivy lunged forward and provoked the confrontation that led them to tase Ivy.

In a prior interview with the Times Union, acting Chief Brendan Cox said Ivy broke free and ran away from the officers. Cox also said Ivy continued to struggle after he was handcuffed.

Ivy, who had a heart problem, died on the sidewalk just 150 feet from his sister’s house, where he lived.

Guthrie says the description of Ivy’s behavior doesn’t match the man he knew. “He was the most reserved, nonviolent person that you would ever meet,” Guthrie said. “So I doubt very much that he lunged. That wasn’t his demeanor. That wasn’t his personality.” (Timesunion.com, April 23)

Collin Donnaruma, president of the Capital Region chapter of the New York Civil Liberties Union, said: “The role of the police in that situation is to diffuse the situation. They should have training to deal with someone with that condition. They shouldn’t be tasing them and shooting 50,000 volts of electricity into someone who it turns out had a heart condition.”

Tasers are lethal weapons too!

Recent history has shown that tasers are extremely dangerous and are not a safe and humane alternative option to guns as many law enforcement and government officials have often claimed.

A recently surfaced video shows the driver of an automobile burning alive inside his car after a Border Patrol officer used a taser on the man and set the vehicle on fire in late March 2012. The footage, which became public in March as the result of a lawsuit filed by the family of the victim, shows a blue Ford Focus and its lone occupant, 25-year-old Alex Martin, going up in flames after an officer from the United States Border Patrol agency discharged his stun gun and “accidentally” ignited gas fumes inside the car.

Martin’s family sued the U.S. Border Patrol following the 2012 altercation, and their attorney says a newly surfaced dash-cam recording shows law enforcement’s unwillingness to assist as the man burned alive. “For some reason, even though each of those cars had a fire extinguisher readily within reach, none of them used their fire extinguishers — or tried to use their fire extinguishers, or tried to help Alex — who was burning to death inside this car,” Gene Iredale, the attorney for Martin’s family, told the Guardian recently. “You’ll see in this video they just walk away and consult with each other.” (theguardian.com, March 30)

Every 28 hours in 2012 someone employed or protected by the U.S. government killed a Black man, woman or child according to the Malcolm X Grassroots Movement’s 2013 report: Operation Ghetto Storm: 2012 Annual Report on the Extrajudicial Killings of 313 Black People by Police, Security Guards and Vigilantes.

“At least half of the people [annually] shot and killed by [U.S.] police … have mental health problems,” stated a 2013 report by the Treatment Advocacy Center and National Sheriffs’ Association, which assessed 1980-2008 data.

Workers and oppressed people with and without disabilities have the unconditional right to demand complete immediate disarmament of the police as well as the right to self-defense and protection against the current menace of U.S. police terror and their arsenal of guns and tasers.