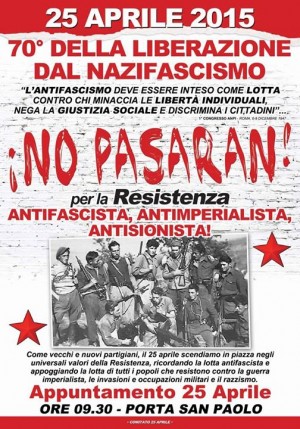 The unity of leftist forces in the embattled Donbass region, formerly part of southeastern Ukraine, took a big step forward on April 9 with the founding of the Forum of Communist, Socialist, Workers’, Environmental and Anti-Fascist Forces in Lugansk, capital of the Lugansk People’s Republic.

The forum was initiated by the Communist Party—Lugansk City Committee and includes the Union of Left Forces, Communists of Lugansk, the Communist Workers’ Organization, Intellectuals for Socialism, the Lenin Communist Youth Union, the Union of Women Workers, the Union of Soviet Officers, the Green Ecological Union and other groups.

Along with the neighboring Donetsk People’s Republic, Lugansk broke away from Ukraine after a far-right coup in Kiev outlawed the Russian language and took other repressive measures against the primarily Russian-speaking populace and other national minority groups. In May 2014, the people of Donetsk and Lugansk voted overwhelmingly for independence from Ukraine in a popular referendum.

The coup had put into power in Kiev a junta of oligarchs, neoliberal politicians and fascists. Since April of last year, this junta has waged a brutal war against the people’s republics with support from the U.S. and other NATO powers. The Kiev junta has also carried out repression against anti-fascist and anti-austerity protesters throughout Ukraine.

“The outbreak of war a year ago pushed the residents of Lugansk to the brink, and plunged the region into chaos and destruction,” says the unity statement adopted by the Forum. “Many of our compatriots have died or lost loved ones, some lost their homes, and some were forced to emigrate.

“Because of the military aggression and economic blockade by Ukraine, the economy is destroyed: the leading production facilities and enterprises are paralyzed. Thousands of people lost their jobs and opportunities to earn a living, the most vulnerable people — the elderly, children and the disabled — were left without pensions and benefits, and hunger and poverty knocked on the doors of tens of thousands of families.

“It is clear,” the statement continues, “that humanitarian assistance cannot solve a hundredth part of the problems.” The Russian Federation is the only country that has provided significant humanitarian aid.

“We, the representatives of communist, socialist, workers’, environmental and anti-fascist organizations, believe that the revival of Lugansk should begin and march under the banner of social justice, equality and fraternity. Only the socialist path of development will be able to successfully overcome the consequences of this military-humanitarian catastrophe.”

The statement cautions: “Authorities should not return to the discredited policy of appointing protégés of the oligarchic clans that robbed the Lugansk region for years.

“The Red traditions of the region — from Kliment Voroshilov to the present day — have always been strong in our land, and just as in 1917, Lugansk should be a harbinger of the coming global left turn.” Voroshilov was the Soviet officer charged with organizing the defense of Leningrad, now called St. Petersburg, during the 900-day siege by the German army during World War II.

The unity statement also presents an action plan, which includes returning the region’s large enterprises and major industries to public ownership; guarantees for civil rights for all regardless of nationality, language or religious beliefs, “in particular to ensure full employment, fair wages and social security”; preventing land-grabs by absentee landlords and the domination of capitalists over the region’s economic and political life; and measures to eradicate fascism and uphold the true history of anti-fascist struggle during the Soviet era.

“We are convinced that uniting our forces will give Lugansk a unique chance to create a truly equitable social order, with working people at its center,” the unity statement concludes.

Building international solidarity is crucial to the left in Donbass. The Lugansk left unity forum, together with the Donbass Anti-fascist Committee based in Rome, have called for an International Solidarity Forum on the theme of “Anti-fascism, Internationalism and Solidarity,” to be held on May 8 in Lugansk.

This historic conference will be the first gathering of the international left in the Donbass People’s Republics.

It coincides with the 2nd Anti-fascist Caravan to Donbass, initiated by Italian Communist punk band Banda Bassotti. The first caravan travelled to Donetsk in fall 2014, and was so successful that Lugansk leaders invited the caravan to return for the 70th anniversary celebrations of the Soviet Union’s victory over Nazi Germany on May 9, 2015.

Up to 100 anti-fascists and solidarity activists from 12 countries are expected to participate in the caravan from May 5 through 11.

The invitation for the International Solidarity Forum appeals “to all progressive forces whose goal is the triumph of the ideals of justice, equality and fraternity to take part in the International Solidarity Forum in support of the Donbass struggle against fascism, Nazism, capitalism and imperialism. We invite all who advocate communism-socialism, all who choose a revolutionary path for liberation of the world’s peoples from the yoke of neoliberalism.

“The objective of the forum is to create tools for analysis of the current situation in the Donbass region and the world, prospects for the future, and above all, to formulate specific proposals for action. Our hope is to reach an agreement of international forces to organize a global mobilization.”

For more information, visit the Donbass International Forum at Facebook.com/aisforum.