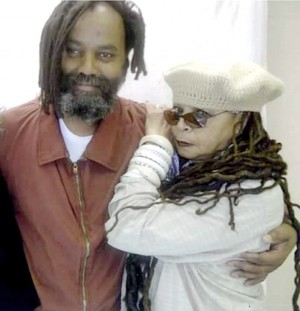 April 19 — Worldwide pressure on Pennsylvania officials on behalf of political prisoner Mumia Abu-Jamal has halted the state’s efforts to execute him by medical neglect. Yet the struggle must continue to assure that Mumia receives the care necessary to reverse the ravages of months of untreated diabetes.

On March 30, Abu-Jamal fainted in the prison infirmary at the State Correctional Institution at Mahanoy in Frackville, Pa. He was rushed to a hospital in Pottsville, Pa., where he was diagnosed with diabetic shock. Although he had exhibited classic symptoms of diabetes and received three blood tests, prison doctors at SCI Mahanoy had never diagnosed or treated his condition.

Abu-Jamal has lost over 50 pounds. He still has fluctuating blood sugar levels and suffers from serious eczema, which has left his skin hard and crusted. His condition is stable, but he is still weak and in a lot of pain. His life remains at risk as long as medical treatment is left in the hands of the same prison infirmary doctors whose negligence nearly killed him.

Prison officials are considering but have yet to approve Abu-Jamal’s request to be seen by endocrinology, dermatology and dietary specialists of his choice.

Mumia’s condition highlights the systemic neglect and abuse of prisoners in the U.S.’s vast and ever-growing system of mass incarceration. It is also a clear violation of the Eighth Amendment to the U.S. Constitution, which prohibits cruel and unusual punishment. The U.S. Supreme Court has ruled this applies to the states.

The U.S. Bureau of Justice reported that some 40 percent of prisoners and jail inmates in 2011-2012 were exhibiting chronic medical conditions such as asthma, cancer, heart disease, high blood pressure — and diabetes. An estimated 80,000 suffer from diabetes, compounded by stress, lack of exercise and diets high in carbohydrates, salt and sugar.

A typical breakfast at Mahanoy, where Mumia is imprisoned, includes both oatmeal and a hefty slice of sugary cake. Compounding the poor nutrition is the sub-par medical care provided by Corizon Health Inc., a for-profit provider that reaps profits of some $1.5 billion a year from prison health care contracts.

Corizon is the biggest for-profit correctional health provider in the U.S., responsible for prisoners in 27 states. This company is drawing increased scrutiny over allegations that it skimps on care for some of the 345,000 inmates in its charge. The company has paid millions in legal settlements over inadequate or bungled treatment that resulted in the deaths of several inmates. It has been sued for malpractice 660 times in the last five years.

In 2013, despite concerns about Corizon’s costs, widespread negligence and abuse of prisoners, Philadelphia Mayor Michael Nutter renewed the county’s contract with this company, accepting its bid over a competing bid from Correctional Medical Care that offered to do the job for $3.5 million less per year.

Support for students and teacher who spoke up 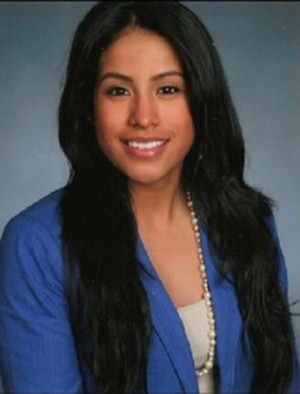 Marylin Zuniga stood up for justice.

While the world’s attention is focused on demanding the necessary treatment for Mumia, it also must call out the horrific conditions faced by the over 2.4 million other individuals warehoused in U.S. prisons. It must also demand that there be no retribution against individuals who act to shed light on this problem.

A case in point is the suspension of Orange, N.J., third-grade teacher Marylin Zuniga, who supported her students’ wishes to send get-well letters to gravely ill Abu-Jamal. The letter writing was voluntary and extracurricular. Nevertheless, the Fraternal Order of Police, supported by biased news media, called for Zuniga’s firing.

Instead of bowing to pressure to resign her post, Zuniga, with the backing of hundreds of Northern New Jersey community activists, stood her ground. People who flooded a school board meeting on Zuniga’s case on April 14 discussed their own experiences at the hands of racist police.

Demonstrators demanded that Zuniga be allowed to address the hearing. Zuniga, a first-generation Peruvian immigrant, said, “On February 5, I presented a ‘do-now’ that stated: What is the main idea of this quote: ‘So long as one just person is silenced, there is no justice’? This quote is by Mumia Abu-Jamal. Many of my students took it upon themselves to go home and do research about civil rights leaders discussed in class. In April, I mentioned to my students that Mumia was very ill and they told me they would like to write get-well letters to Mumia.” (Newsone.com, April 17)

Zuniga called her students heroes “because they showed compassion, care, and love like any member of the community should show. They were mature enough to do that in a letter and it is incredible and admirable of them as well.” High school students from the Philadelphia Student Union, which fights for school reform, also sent letters to Mumia and participated in protests on his behalf.

The fight to secure the medical care Mumia needs and to eventually win his freedom will continue. Demonstrations and other events are being planned over the weekend of April 24-26, when Abu-Jamal turns 61. Many will focus on educating a new generation of activists about his case.