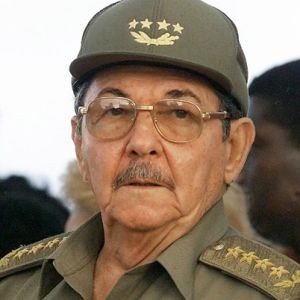 U.S. President Barack Obama tried to use the Seventh Summit of the Americas in Panama on April 10-11 as a platform to rehabilitate U.S. relations in the hemisphere. Obama attempted to distance himself personally from U.S. imperialism’s history of oppression, exploitation and military dictatorships imposed on the region.

In contrast to Obama’s diplomacy, leaders of many of the countries at the summit criticized Washington’s policies and exposed U.S. isolation in the hemisphere.

Corporate media headlines focused on the formal diplomatic exchanges between Obama and Secretary of State John Kerry, on the one hand, and their Cuban counterparts, President Raul Castro and Foreign Minister Bruno Rodriguez, on the other.

A bilateral, hour-long, sit-down meeting between Obama and Raul Castro was a welcome symbol of change insisted on by other Latin American and Caribbean countries. In addition, Obama spoke with Venezuelan President Nicolás Maduro and admitted that Venezuela was no threat to the U.S.

A March 9 U.S. Executive Order had named the Bolivarian Republic of Venezuela as an “extraordinary threat” to U.S. security. This order is still in place. Argentine President Cristina Fernandez de Kirchner, Bolivian President Evo Morales and Ecuadoran President Rafael Correa all criticized U.S. hostility toward Venezuela and supported Maduro. Both the Ecuadoran and Argentine presidents called the order “ridiculous,” with Fernandez saying, “Not only Venezuela but no country in the continent can be considered a threat to the biggest power, the United States, a military, economic, financial, scientific power with a defense budget of $640 billion.” (Telesur, April 12)

Millions of signatures and tweets from around the world called on Obama to retract the Executive Order, calling it a prelude to invasion.

The U.S. had banned Cuba from meetings of the Organization of American States since 1962 — and its summits since they began in 1994 — as part of imperialism’s isolation and blockade strategy to defeat the 1959 Cuban Revolution. In the decades that followed, Cuba’s commitment to human development and international solidarity resulted instead in the isolation of U.S. imperialism.

Countries in Latin America and the Caribbean moved forward to build their own regional organizations to aid their development. The Bolivarian Alliance for the People of Our America (ALBA), PetroCaribe, and the Community of Latin American and Caribbean States (CELAC) are new cooperative structures that have surpassed the OAS.

To make up for being excluded from six summits, Raul Castro requested that the OAS eight-minute time limit be extended — and wound up speaking 46 minutes. He said the financial, economic and commercial blockade of Cuba unilaterally imposed by the U.S. is still very much in force and effect. He reviewed the history of U.S. attempts to annex and dominate Cuba that led to the 1898 U.S. occupation of Guantanamo Bay.

Raul Castro specifically defended Argentina’s struggle to reclaim the Malvinas Islands and its current defense of its financial sovereignty against U.S. courts and vulture capitalists. He supported Puerto Rico’s self-determination and independence and Ecuador’s battle against transnational corporations and the environmental damage they have caused. He called for “reparations for damages brought on [Haiti] by slavery and colonialism.”

The Cuban president also criticized the world financial system and the domination by “less than a dozen news conglomerates, mainly from the U.S.” that “determine what is read, seen or heard across the planet.” (Granma, April 11)

A U.S. State Department review and recommendation needed to formally remove Cuba from the U.S.-created list of “countries sponsoring terrorism” was completed April 9. The White House is now reviewing it prior to presidential approval and formal submission to Congress.

Obama initiated the review on Dec. 17. Thus a lot of time has already passed in which to remove this insulting and baseless designation. Most of the four main categories of sanctions imposed on countries on this arbitrary U.S. list do not apply to Cuba. For example, Cuba seeks no U.S. foreign assistance, defense exports and sales, or uncontrolled exports of dual-use items.

The Cuban Adjustment Act, commonly known as “wet-foot-dry-foot,” gives special status to Cuban immigrants, and was not originally intended to apply beyond the early wave of Cubans leaving the revolution. The U.S. also entices Cuban doctors to abandon their international assignments and come to the U.S.

If Cuba is removed from the “terrorist list,” this may allow Obama to exercise his presidential powers and carry out additional actions. Such actions were projected by Cuban diplomat Josefina Vidal in an interview with the newspaper Granma, “The Blockade Has Not Ended.” (Feb. 12) In it Vidal points out that it is possible for Obama to authorize direct bilateral trade, but that trade through third countries and allowing U.S. tourists to visit Cuba must be authorized by Congress.

Removal from the terrorist list is also considered key to restoring normal banking rights, which have been denied to the Cuban Interests Section and Cuba’s United Nations mission.

While President Obama claims the United States is standing up for universal principles and human rights around the world, U.S. policies cannot be separated from the coups in Honduras and Paraguay that have taken place during his administration.

Washington also intervenes in the domestic affairs of other countries, for example, via the U.S. Agency for International Development. USAID had contracted the now-forgotten Alan Gross to install secret, military-grade communication systems in Cuba. And there is the National Endowment for Democracy, which spends U.S. tax dollars for Radio and TV Marti to broadcast propaganda to Cuba — money that should be spent on human needs here.

At the official summit, U.S. credentials were issued to notorious characters like Felix Rodriguez, a CIA agent involved in killing Che Guevara, who also has ties to the perpetrators of terror attacks launched against Cuba from the U.S. The Cuban American National Foundation and former U.S. Interests Section staff organized and oriented the presence of U.S.-funded Cuban “dissidents.”

In addition, it was very difficult for popular organizations to get credentials to participate in panel discussions. Requests by organizations like the National Front for Economic and Social Rights — which is made up of 53 Panamanian organizations — were rejected. The Construction Workers’ Union of Panama, one of the largest labor unions in Central America, was rejected. Several teachers and student leaders were denied participation. The Cuban labor confederation was denied credentials.

This led to popular organizations calling a People’s Summit to give voice to the thousands of social movements, from environmental groups to unions, that had been excluded. (See “Voices from the People’s Summit,” Telesur)