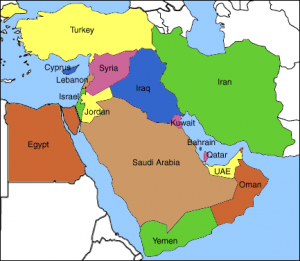 Despite daily airstrikes by Saudi Arabia since March 26, the Ansurallah (Houthis) fighters seized the presidential palace in the southern city of Aden the following week.

Subsequent reports claim that the Houthis occupying the palace were forced to retreat by military forces still loyal to ousted leader President Abdrabbuh Mansour Hadi. Saudi bombing of the area and air drops to Hadi loyalists are designed to halt the advances and consolidation of power by the Shiite Islam movement that is supported politically by Iran.

Casualty figures have increased as fighter jets deployed by Riyadh pound residential sections of cities and villages throughout the Middle Eastern state. Officials from the International Committee of the Red Cross say that the humanitarian situation is worsening daily; they describe horrendous conditions on the ground. Civilian residents are fleeing for shelter, further aggravating the overall social and economic crisis in the country.

Contested neighborhoods and commercial areas in Aden are littered with corpses, while the wounded flood into hospitals and clinics. Yemeni officials estimate that at least 185 people have been killed in Aden, while some 1,282 are wounded. Hospitals there have counted the figures of noncombatants since March 26, says al-Kheder Lassouar, Aden’s health department director. (BBC, April 5) Not counted are Houthis and loyalist forces who are also victims of aerial bombardments and gunshot injuries.

According to the BBC, casualties are much higher in various regions of the country. Clashes across Yemen have led to more than 500 deaths and some 1,700 injured since March 26, said United Nations humanitarian administrator Valerie Amos.

Robert Mardini, ICRC director of operations in the Middle East, added, “Our relief supplies and surgical personnel must be allowed to enter the country and safely reach the worst-affected places to provide help. Otherwise … many more people will die. For the wounded, their chances of survival depend on action within hours, not days.” On April 6, the organization entered Aden with water, food and medical supplies.

In addition to the struggle between the Houthis and Hadi supporters, Al-Qaeda of the Arabian Peninsula and the Islamic State have reportedly entered the fray, seeking to carve out territory for further expansion.

U.S. imperialism’s strategy in the region

The Obama administration has said little about the current situation in Yemen. One hundred Special Forces along with diplomatic personnel were evacuated weeks ago.

Yemen was championed as a so-called “counter-terrorism success story” just months ago. Pentagon and CIA-backed airstrikes and drone attacks have killed many targeted Islamic leaders and civilians, who have been in the vicinity of Washington-ordered aerial assaults.

President Hadi’s ascendancy to power was the result of Washington’s direct intervention in 2011 and 2012, which sought to manage the transition from Ali Abdullah Saleh’s rule. Nonetheless, in today’s struggle, forces allied with Saleh have joined the Houthis in opposition to the Saudi air strikes and interference in Yemen’s internal affairs.

The U.S. military has its hands full in Iraq, Syria and Afghanistan where wars of regime change and purported “democracy building” have gone awry. In 2011, the Obama administration initiated the destabilization and massive bombing of Libya, displacing Col. Muammar Gadhafi’s Jamahiriya political system, destroying national institutions, and causing dislocation and economic decline there.

Corporate media report that counterattacks by forces loyal to the Saudi-backed, ousted Hadi regime were bolstered by arms drops from Riyadh. They structure the struggle in Yemen as a proxy war with Saudi forces on Hadi’s side battling Iranian influence.

In fact, Washington is using its regional pro-Western allies to carry out bombings intended to bolster U.S. corporate, financial and strategic interests in the region.

Moreover, most of the weapons, including fighter aircraft utilized by Saudi Arabia and the Gulf Cooperation Council, made up of reactionary oil-rich monarchies, come from the U.S. and EU member states. The political independence exerted by Yemen’s Houthi movement is a concern of Washington and Wall Street, given their overall aim is to secure and expand U.S. interests on behalf of the super-rich.

Yemen is the poorest country in the Arabian Peninsula, but it borders wealthier oil-rich Persian Gulf states. The waterways surrounding Yemen, including the Red Sea and the Gulf of Aden, have strategic significance for U.S. imperialism regarding commercial shipping as well as military dominance.

Developments in Yemen, Bahrain, Egypt, Iraq, Syria and Libya illustrate clearly that there is no such thing as a “humanitarian” imperialist intervention. Conditions in all these states have worsened as a result of the so-called “war on terrorism” and disingenuous efforts to “build demo­cracies” in Africa and the Middle East.

Although majority-Democratic Party congresses elected in 2006 and 2008 and the Obama administration were sent to Washington with a mandate to end wars of aggression and work toward a sustainable economic revitalization in the U.S., they have failed to do so.

This starkly reveals the imperialist character of both dominant parties. Consequently, in the 2010, 2012 and 2014 elections, the Democratic Party’s electoral base among the working class and nationally oppressed expressed their opposition to these failed promises by staying away from the polls, with the exception of the re-election of Obama in 2012.

The peoples of the Middle East and Africa must rebuild their societies and national and regional institutions independent of imperialism. So, too, the working class and the oppressed inside the U.S. have no alternative other than to break with the Democrats and construct an independent movement, based on their political and class interests.