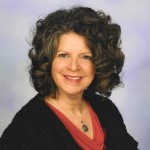 I am a member of the Detroit School Board in Exile. We call ourselves “exiles” because we do not accept emergency management. I was elected and have been on the Board since 2010. During this time, we have been stripped of power and authority. We have seen the State destroy public education and hand off real estate to cronies of the governor and the mayor.

Detroit, once a strong union city, is now under a “write in” white mayor who did not even live here long enough to be on the ballot. He was given millions for his campaign by Dan Gilbert, of Quicken Loans, and millions from corporations.

Detroit is among the poorest cities in the country. The City Council has been complicit in the giveaways and has received three pay increases in two years, despite the fact that the city was put into federal bankruptcy by Jones Day, the bankruptcy law firm that took us over.

Here is a chronology of what happened to Detroit Public Schools under State takeover:

Abolishing the elected school board

In 1999, Republican Gov. John Engler signed PA 10 into law, abolishing Detroit’s elected school board and replacing it with a board appointed by Detroit Mayor Dennis Archer and the governor, which had no operational power but to hire a CEO.

At this time, DPS had a $93-million surplus, rising enrollment and improving test scores. Observers believe that the purpose of the takeover was to control the bond program, which still had $1.2 billion in 1999. A lawsuit and protests followed.

In 2000, Kenneth Burnley was hired as CEO. He began predicting the decline of DPS, eventually stating that DPS would shrink to 65,000 students. When Burnley began, DPS enrollment was 162,692 students.

Democrat Jennifer Granholm became governor in January 2003. In April 2004, Burnley announced a projected deficit of $200 million for the fiscal year ending June 30. This was used as a basis for closing a large number of schools and firing several thousand staff members. Burney had kept the fiscal crisis secret until more moderate measures could not be employed. Burnley and Granholm arranged a $210 million, 15-year loan with a 50 percent finance charge as part of the repayment schedule.

In November 2004, a mandated referendum asked whether Detroit voters wanted mayoral control of the schools or a directly elected school board. By a 2-1 margin, voters chose an elected board, despite being outspent 20-1 in the campaign by pro-mayor forces, whose fundraising effort was led by the Greater Detroit Chamber of Commerce and supported by Gov. Granholm.

From 2000 through 2005, Burnley and Govs. Engler and Granholm planned and spent over $1 billion in bond construction funds at highly inflated prices for new buildings. In 2006, the elected school board was sworn in.

In December 2008, Granholm invoked PA 72 of 1990 to declare a financial emergency at DPS because the elected board had not erased the deficit created by Burnley and Granholm when the district was under their control.

In January 2009, Granholm announced the appointment of Robert Bobb as the emergency financial manager of DPS, after meeting with billionaire Eli Broad, a Bobb supporter, at the presidential inauguration.

As Bobb readied for the position, he and Granholm promised the elected school board that they would abide by the shared power arrangement called for in PA 72.

In March 2009, Bobb assumed the EFM position and told the Board that he controlled “everything that a penny touches,” which meant everything at DPS. The Board president stated publicly that Granholm had lied to them about the shared power arrangement and began to plan a legal challenge.

Two months after his arrival, Bobb announced a plan, with Granholm’s sanction, to seek approval from voters for a $500 million bond program to build new schools, even as he planned for large-scale school closings. It was adopted in November balloting.

Bobb and Granholm partnered with the Skillman Foundation and other groups to promote “Excellent Schools Detroit,” a plan to create a private school network to replace the DPS system, especially at the high school level. The ESD stated in its plan its intention to acquire buildings being built with the 2009 bond money financed by Detroit taxpayers.

In December 2009, Granholm signed legislation as part of a grant application for “Race to the Top” federal funding that would consolidate Michigan schools with the lowest 5 percent of MEAP [Michigan Educational Assessment Program] scores into one statewide district. State Superintendent Michael Flanagan said then that schools from northern and mid-Michigan would be in the district. He received funding to begin to staff the department shortly thereafter.

In 2010, Bobb was given a second year contract by Granholm with $505,000 in total compensation, including from private money sources that were also financing the Excellent Schools Detroit. Most private funding sources for Bobb’s pay were kept secret through most of 2010.

In 2009 and 2010, Bobb continued the large-scale school closings while building new school buildings.

In January 2011, Republican businessman Rick Snyder was sworn in as the new governor. PA 4 was signed into law on March 16, superseding PA 72.

In May 2011, Snyder replaced Robert Bobb with Roy Roberts.

In June, Snyder announced his plan to create the Educational Achievement Authority, which included the involvement of Eastern Michigan University. While the original 2009 plan was to include other school districts, the EAA only put DPS into this “statewide” district.

In 2012, Roberts announced the creation of eight “self governing schools” under the supervision of charter operator Doug Ross, who was placed on the DPS payroll to perform this function. Ross is also a partner with Excellent Schools Detroit.

Roberts transferred 15 DPS schools into the EAA — including the newly built Mumford High School, which was not among the lowest performing schools — and closed another 14 schools, bringing the DPS well under 100 schools and a projected enrollment of only 50,000 students.

In July 2012, Roberts announced terms of employment that overrode the Detroit Federation of Teachers’ contract, negating the power of the teachers’ voice and their influence in DPS. The power shift enhanced the central administration’s ability to dispose of teachers and programs unilaterally, including support for special needs students, as well as music and arts education.

The Detroit School Board in Exile continues to oppose the EAA, emergency management, charter schools, privatization of services, school closures, and attacks on the students and teachers of Detroit Public Schools.