On March 31 in Washington, D.C., the U.S. and Cuba held the first meeting on the topic of human rights. Cuba proposed this sub-discussion of the ongoing talks aimed at normalizing diplomatic relations and opening embassies that was launched on Dec. 17 by presidents Raúl Castro and Barack Obama. 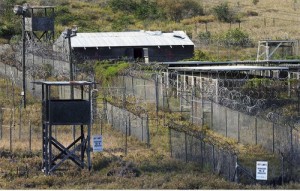 The U.S. prison camp in Guantánamo.

The Cuban News Agency reported: “The representatives of the island expressed their country´s concerns regarding human rights in the United States.

“We expressed our concerns regarding discrimination and racism patterns in U.S. society, the worsening of police brutality, torture acts and extrajudicial executions in the fight on terror and the legal limbo of prisoners at the U.S. prison camp in Guantánamo,‘ said the head of the Cuban delegation to the talks, Pedro Luis Pedroso. … The island´s delegation also put forth its concern about the limitation of labor rights and union liberties.” (April 1)

This principled position is in line with Cuba’s historical diplomacy from the earliest days of the Revolution. In 1960, U.S. government and New York hotel owner harassment of the Cuban delegation to the U.N. General Assembly sent them to Harlem’s Hotel Theresa. There, the Black community and leaders like Malcolm X warmly embraced the Cubans.

The Sept. 27, 1960, New York Times summarized Fidel Castro’s General Assembly speech. It ends this way: “In one word, we are in favor of all the noble aspirations of all peoples. That is our position. There we stand. We are on the side of the just.

“Some wanted to know the line followed by the revolutionary government of Cuba. There, gentlemen, you have our line.”