All human life matters. But throughout U.S. history, that reality has been overshadowed by the doctrine and practice of white supremacy, the law of the land. Racial hatred victimizing people of color has always permeated U.S. society and dictates its policies, public discourse and individual behavior.

Black children become targets at an ­early age. Public schools are one institution where the lives of Black children, particularly girls and youth, have not mattered sufficiently enough to protect them from an oppressive, punitive educational system. 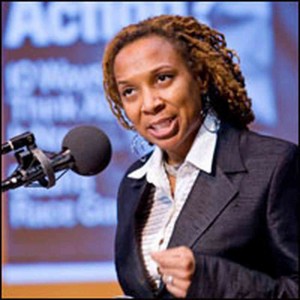 Black school girls are in crisis due to both race and gender. A December report authored by Kimberle Crenshaw, entitled “Black Girls Matter: Pushed Out, Overpoliced, and Underprotected,” published by the African American Policy Forum and Columbia University, exposes the crisis.

In New York City, 90 percent of girls expelled were Black. In Boston, it was 63 percent. Black girls’ disciplinary cases were even higher than for Black boys in that city. This racial inequality and disparity affects the lives of Black girls in a multitude of ways, one of which is being in the school-to-prison pipeline. The arrest rate for Black girls was 90 percent higher than for white girls. Statistically, Black girls are the fastest growing population in the juvenile “justice” system.

The AAPF report highlights proven negative impacts on the lives of Black girls and youth caused by zero-tolerance disciplinary policies, and reveals that routine punishment of Black girls is being ignored legislatively and by communities.

Testimonies of Black girls in New York City and Boston schools in the 2012-13 school year reveal their concerns. They feel that punishment takes priority over education, teachers and counselors are disinterested and don’t care about them, the curriculum lacks relevance, the teachers lack cultural competence and the policies are unfair. They perceive their teachers as not valuing them or acknowledging their achievements, and say they lose confidence and become discouraged. These factors impede learning.

Regarding their safety and security, Black girls relate that they feel metal detectors are intimidating, and search rituals make them feel violated and like they’re in jail or treated like animals. They fear they may be arrested and actually go to jail due to school administrators referring them to law enforcement.

Many school-age Black girls also experience a high incidence of interpersonal burdens. Most live in segregated and/or poor neighborhoods of racially traumatized communities where Black people are concentrated and don’t have access to high quality education, jobs, adequate housing, food or safety. Additionally, the girls are often burdened with family obligations and caretaking responsibilities, which serve as obstacles to school performance, coupled with racial and gender disparities that create opportunity gaps later in life.

Harsh punishment in school at an early age often leads to poor attendance or dropping out, which results in such long-range ramifications as low-wage jobs, unemployment, poverty and diminished life opportunities. Unemployment rates for young Black women are twice as high as for young white women. Also, Black women workers earn 64 cents on the dollar, while white women earn 78 cents.

Advocates for Black girls state that structural factors contributing to this crisis have to be acknowledged, actively addressed and ameliorated. Administrators and lawmakers must increase their willingness to revise and develop new intervention approaches and policies. This includes a commitment to change security protocols to ensure the protection of girls. Recommendations also include public discourse: town halls, community gatherings and listening sessions to break the silence.

The needs and challenges girls face cannot be ignored. Studies of and reports on Black boys facing racial and class gaps must be expanded to include Black girls. Increased resources must be provided for research and supportive programs to lessen their vulnerabilities. More attention must be given to improve girls’ quality of life and eliminate racial bias.