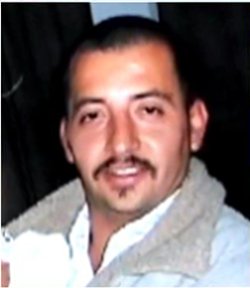 The community of Pasco, Wash., is outraged.  Hundreds of residents of this largely Latino/a community have taken to the streets to protest the Feb. 10 police killing of unarmed Antonio Zambrano-Montes, a 35-year-old farmworker. An even larger demonstration took place on Feb. 14.

On that day, about 1,000 protesters, mostly Latinos/as and supporters and allies from across the state, joined together in Volunteer Park, outside Franklin County Hall in Pasco.  Speakers and signs linked Zambrano-Montes’ death to the 2014 police killings of African-Americans Michael Brown, in Ferguson, Mo., and Eric Garner, in Staten Island, N.Y.  Some placards read:  “Justice for Antonio!” and “Ferguson is everywhere!”

The strong crowd chanted, “Black lives matter!  Hispanic lives matter!” and “Hands up! Don’t shoot!” as they marched to the intersection of 10th Street and Lewis Avenue, the location of the fatal shooting.  Zambrano-Montes’ family members led the rally, and they called out, “¡El pueblo unido jamás será vencido!” (“The people united will never be defeated.”)

On Feb. 10, Zambrano-Montes had thrown a few rocks or dirt clods at vehicles. The police claim he threw rocks at them.  In a video posted on YouTube by eyewitness Dario Zúñiga, Pasco cops can be seen chasing him a short distance, and then shooting him in cold blood after he had stopped running, turned around and then held out his empty hands to show he was unarmed.  Dozens of passersby witnessed this police slaying. Many say the police fired at least 13 shots. To date, more than a million people have seen the video.

Zambrano-Montes’ family filed a “wrongful-death” claim on Feb. 13 against the city of Pasco, suing for $25 million, saying “the police used excessive and unnecessary force.”  (Guardian. com, Feb. 14) Their legal claim says police shot him “execution style” — that he posed no threat to them — and that despite this, the police handcuffed him as he lay bleeding to death.

The claim also asserted that the city kept on the force police officers who had violated the civil rights of Latinos/as and had “[allowed] and [fostered] overt racial [animus]” towards the Latino/a community.  (cnn.com., Feb. 14)

Zambrano-Montes was from Michoacán, Mexico, and had lived in Pasco for about 10 years. On Feb. 13, Mexico’s President Enrique Peña Nieto reiterated his country’s “‘condemnation of the disproportionate use of lethal force’ on a Mexican citizen by Pasco police,” reported the Seattle Times.  (Feb. 13)

This is the fourth police killing since last summer in this city of 68,000.  None of the officers involved in the other three shootings have been held responsible.

This brutal police killing of an unarmed Latino worker has spurred national outrage.  Yet, to date, no prominent politicians or officeholders in the United States have issued condemnations of this cold-blooded act.

However, the struggle on the ground continues.  Another demonstration will be held in Westlake Park in Seattle on Feb. 18 called by “Justice for Antonio Zambrano-Montes-Seattle.”  Progressive organizations around the country should take up the call for “Justice for Antonio!” as they demand an end to racist police violence against all African-American and Latino/a communities.