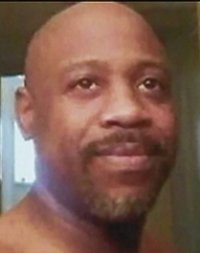 Feb. 4 would have been Kevin Davis’ 45th birthday.

The popular restaurant worker and beloved brother and uncle was killed by a DeKalb County, Georgia, police officer after calling 911 seeking help. His partner, who had been stabbed in the arm by another person, says that officer Joseph Pitts did not announce himself as a police officer when he entered the apartment, killed Davis’ dog and then shot Kevin on Dec. 29.

The Davis family has been demanding a thorough investigation into his death, concerned that the police report differs from several witness accounts of what happened. In the 40 days since the fatal shooting of an innocent man, the family has heard nothing from police officials, not even an expression of sympathy.

The DeKalb County Courthouse in downtown Decatur, just east of Atlanta, was once again the location for a gathering of Kevin’s family, friends and other community members demanding justice.

Following a brief ceremony, reflecting on the cheerful and helpful personality of Kevin Davis, the plaza was turned into a temporary camp as several dozen youth set up tents and unrolled sleeping bags, determined to be there in the morning to greet court officials, including the district attorney and all those entering the building, with their Black Lives Matter message demanding justice. Hundreds and hundreds of flyers were distributed to workers using the nearby Metropolitan Atlanta Rapid Transit Authority station, high school students and those with business in the court building.

Television crews recorded the “Sleep Out For Justice,” bringing attention to another suspicious death at the hands of police.

The youthful activists sent pictures and tweets throughout the night.

Assisted by their lawyers and community supporters, the family is prepared to continue the fight for an independent investigation and changes in police policy. As Delisa Davis, Kevin’s sister repeats at every opportunity: “Kevin was a good guy. He didn’t deserve this.”