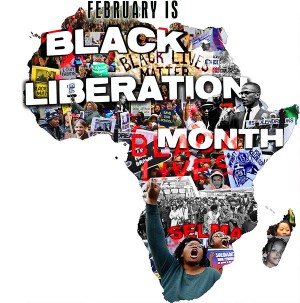 Some writers today note that an often hidden and misrepresented anti-slavery rebellion in 1811 along the German Coast in Louisiana — located above New Orleans on the Mississippi River — was the largest African uprising during the antebellum period.

Historiographical accounts of resistance to slavery among Africans in North America have undergone many revisions. Early 20th century accounts of the slave period were crafted for academia by Southern historians who were sympathetic to the planters and business interests that dominated the region.

Reactionary white professors such as Ulrich B. Phillips, a Southerner who taught at the University of Michigan from 1911 to 1929, claimed that the Southern slave system was paternalistic, using largely benign, coercive methods to ensure production quotas. Phillips attributed acts of resistance to criminal activity and refused to acknowledge the humanity of enslaved Africans.

However, African and white progressive historians have sought to unravel the recurrent rebellions and other forms of resistance against enslavement and national oppression. Rather than being considered an aberration in the slave system, the consistent acts of resistance to bondage suggest they played a significant role in shaping the character of the repressive mechanism utilized to maintain this exploitative system.

For example, the Fugitive Slave Act of 1850 was implemented at the beginning of the decade that saw the economic decline of the plantation system. The increasingly intransigent positions of the Southern planters were, in part, a response to the economic and political crisis of the period — when resistance to slavery grew substantially.

A re-examination of historical documents related to the rebellion along the German Coast point to the high degree of organization and discipline exercised by the African leaders who were brought there from Haiti and the region now known as Ghana in West Africa. The United States had acquired large swaths of territory in 1803, known as the Louisiana Purchase, as a direct result of the collapse of French colonialism and slavery in Haiti.

Africans in Haiti rose up against slavery in August 1791 and continued their struggle for more than 12 years, defeating not only the French but Spanish and British interventions. The formation of an African Republic in Haiti in 1804 sent shock waves throughout the antebellum South.

Enslaved Africans in the South were aware of the Haitian Revolution and consequently sought avenues of escape and revolt against the plantation system. Recent accounts of the Louisiana rebellion of 1811 indiicate that those who planned the break with the slave system were conscious of developments in Haiti and the ongoing struggle between Spain and the U.S. over control of Florida.

Newspaper accounts at the time of the 1811 rebellion claimed that the Africans’ actions were unfocused and disorganized. However, a study conducted by Daniel Rasmussen, in the book entitled “American Uprising: The Untold Story of America’s Largest Slave Revolt,” looks deeper into the court records concerning the prosecution of the uprising’s African leaders and the timing of the resistance effort, which was aimed at seizing New Orleans and establishing an independent republic. (HarperCollins, 2011)

In a review of Rasmussen’s book, Wendell Hassan Marsh writes, “The author situates the events in larger, international political and intellectual currents, revealing the sophistication of his subjects that many histories of slave rebels fail to portray. By the author’s account, the 1804 Haitian revolution victory inspired slaves around the colonies to rebel.” (The Root, Feb. 25, 2011)

The review notes, “The timing of the revolt — when there was little work and the white elites were preparing for Carnival celebrations, paired with the absence of a significant force of order because of American expansionism in Spanish West Florida — speaks to the slaves’ political and organizational acumen. … A cosmopolitan black republicanism seems to have been ripe in the region at the time of the revolt.”

It continues, “Maroon colonies in the bayou operated as effective bases from which rebels attacked in the years leading up to the German Coast uprising. Copies of the French Declaration of the Rights of Man were found in slave quarters. Battle-hardened warriors from Ghana and Angola also make an appearance in Rasmussen’s version, in which the rebels march in formation and in uniform with cavalry support, not simply to ‘give us free,’ as Cinqué asked, but to take control of New Orleans and establish a black state.”

‘On to New Orleans’

From 200 to 500 Africans participated in the rebellion. Most of them were armed with knives, axes and other weapons; some carried guns.

The revolt erupted on Jan. 8 at Manuel Andry’s plantation in St. Charles Parish, 36 miles from New Orleans. Charles Deslondes — who was brought to New Orleans from Haiti — was a principal figure in the rebellion. He worked as a slave driver on the Andry plantation and occupied a relatively privileged position within the system.

Nonetheless, Deslondes utilized access to the plantation house to organize fellow enslaved Africans; they severely wounded Manuel Andry and killed his son. They further armed themselves and set off, chanting “On to New Orleans” and picking up recruits along the way.

Along the Mississippi River, as they headed to New Orleans, the Africans burned down several plantations and sugar mills. White slave owners and their families fled ahead of the approaching rebellion, alerting the authorities.

On the night of Jan. 9, a detachment of U.S. regular troops and a planters’ militia attacked the Africans at the Jacques Fortier plantation in St. Charles Parish, halting their advance toward New Orleans. During the clashes between the Africans and the plantation system defenders, 66 revolutionary fighters were killed and 75 others were captured.

Of the 75 Africans who were detained, 25 were prosecuted in a show trial. After a one-day investigation, 18 Africans were condemned to death and taken to their so-called “masters’“ plantations, where they were shot to death and decapitated. The Africans’ severed heads were put on poles on the plantations for the purpose of terrifying other enslaved people into submission.

Some of the Africans who had escaped to Orleans Parish were captured and also received a putative trial. A tribunal consisting of a judge and a panel of slave holders tried them.

Significance of African resistance
to slavery

This important chapter in the history of African resistance to slavery is finally getting the historical attention it requires — two centuries after these monumental events took place.

There are parallels between the U.S. ruling class’ suppression of information about Africans’ resistance to enslavement and their distortion of actual historical accounts, and today’s nationwide movement against racist police violence. Official reports on the killings of African Americans on U.S. streets provide legal rationalizations for them under the guise of “justifiable homicide” or “accidental deaths” unattributed to law enforcement actions.

When the youth in Ferguson, Mo., rose up in rebellion in response to the brutal killing of Michael Brown on Aug. 9, they faced condemnation from all quarters of the capitalist class — from local officials up to the White House. However, these acts of rebellion and mass demonstrations against state violence will continue until institutional racism and national oppression are uprooted in the U.S.

There can be no justification for either the suppression of slave revolts throughout U.S. history or the brutality used against today’s struggles against racism and national oppression. Washington’s emphasis on “human rights” around the world rings hollow amid the atrocities being committed against African Americans here at home, which in most cases go unpunished and are often even rewarded by the state.