Part 1: How the Glenville Rebellion briefly won community control in 1968 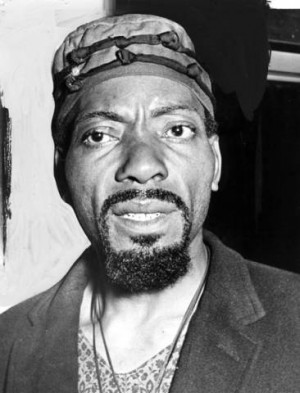 Independent journalists and investigators uncovered facts to support Evans’ claim that it was the other way around.

Nevertheless, Ahmed Evans was charged with four counts of first-degree murder in the deaths of the police and another person, dubbed a hero, who was said to have been helping police. Evans also faced three additional charges, specifically for killing police officers, which was automatically a capital offense in Ohio then, unless the jury were to recommend mercy.

Evans himself had not fired any of the fatal shots. He was charged under a state law that allowed a person to be held accountable for a crime stemming from participation in a “conspiracy.”

Mae Mallory, who came to Cleveland in 1961 when the state of North Carolina attempted to have her extradited from New York to face trumped-up kidnapping charges, was instrumental in forming the July 23 Defense Committee. The 1961 charges had been leveled against her and Robert Williams, a leader of the Black community in Monroe, N.C., who supported the right of armed self-defense against the Ku Klux Klan.

Another lead activist in the Defense Committee, Wilbur Grattan, was a Republic of New Libya member who was beaten savagely by police after trying to attend to a wounded comrade on the night of the shootout. Grattan was a seasoned activist, having been involved with the Southern Tenant Farmers Union in his home state of Alabama.

A year earlier, Ted Dostal, a retired steelworker, and Frances Dostal, a registered nurse, had moved to Cleveland from Youngstown, Ohio, to start a branch of Workers World Party. Understanding the right of oppressed nations to self-determination, these white militants respected the position of Mallory and others that the Defense Committee should be an autonomous Black organization. So they formed “Friends of the July 23 Defense Committee.”

Truth was the first casualty of the prosecution’s determination to send Evans to the electric chair.

A 22-year-old African-American bystander, James Chapman, was said to have been aiding police when killed by a Black sniper. An organization that aided widows of slain police officers broke tradition by giving $1,000 to Chapman’s widow.

However, a forensic expert testified that Chapman’s wound was caused by a shot fired no more than 18 inches from his head — meaning he had to have been killed not by a “sniper,” but by the police he was accompanying. Yet Chapman’s death was blamed on the “conspiracy” that Evans was allegedly a party to.

Whether the three police officers were all killed by members of the Republic of New Libya or by their fellow officers was never clearly established. The prosecution based its case on the testimony of gun dealers who claimed to have sold weapons to Evans. With the aim of undermining not only Evans’ defense but the city administration, the prosecution claimed the money used to buy the weapons came from a grant that Evans’ Afro Culture Shop and Bookstore had received from “Cleveland Now!,” an empowerment program initiated by the city’s first African-American mayor, Carl B. Stokes.

Nevertheless, these weapons were purchased legally and, from Evans’ standpoint, for defensive purposes, as Black Nationalists had been attacked by police in nearby Akron, Ohio, and white Cleveland police had been harassing and threatening Evans since before Stokes’ election in 1967.

Not only was Evans not involved in the shooting, but neighbor James Turpin testified that Evans was inside Turpin’s home from 20 minutes after the shooting began up until the moment he surrendered to police. The prosecution offered absolutely zero proof that the three deaths were the result of any conspiracy.

The phrase “prosecutorial misconduct” could not fully describe the racist behavior of those determined to have Evans executed. During his trial, his lawyers were called “boys” more than once. An African-American defense witness was belittled and intimidated with questions such as “You hate white people, don’t you?”

The mainstream media, particularly the Cleveland Plain Dealer, made no effort to hide their bias against Evans and in support of the police.

Evans’ supporters were targeted. The July 23 Defense Committee held a demonstration outside the courthouse during the trial. At the time, picketing a courthouse was illegal. Mae Mallory was arrested, along with Ted Dostal, who was standing on the sidelines as a sympathetic observer. Both were charged with contempt of court.

On May 12, 1969, jurors returned a verdict of guilty on all counts and without mercy. Before being sent to death row, Evans stated, “The electric chair or fear of anything won’t stop the Black man of today.”

Just as today there is widespread anger everywhere over the police killing of 12-year-old Tamir Rice of Cleveland, “There was outrage all over the country when the Evans verdict was announced,” recalls Abayomi Azikiwe, editor of the Pan-African News Wire. “I was in eighth grade in Detroit and students walked out when they got the news. They were attacked by Detroit police.”

Both Dostal and Mallory were also found guilty. Mallory moved to Tanzania to avoid being forced to serve an outrageous one-year sentence. Dostal was sent to the workhouse on a six-month sentence. He was released early when he was about to play a lead role in a strike of inmates.

No one was ever charged in the killings of Amer Iber Katir, Malik Ali Bey or Nondu Bey, the three Republic of New Libya members shot to death.

Ahmed Evans’ death sentence was later commuted to life in prison, where he died of cancer in 1978. He was a committed revolutionary to the end.

Mae Mallory left Africa when it was safe to return to activism in her home town of Brooklyn, N.Y., where she spent her last years. Wilbur Grattan, a frequent driver on the Pastors for Peace Cuba Caravan, and Ted Dostal and Frances Dostal, fixtures of the Cleveland progressive movement, stayed in the struggle to the end. The four remained lifelong friends and all would have been in the streets with the youth of today, blocking highways, staging die-ins and getting in the faces of the racist cops.