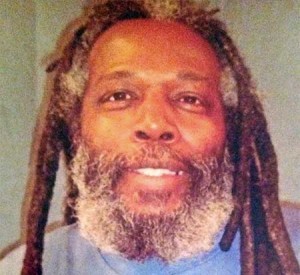 A standing-room-only crowd gathered at the Kingsessing Recreational Center in Philadelphia on Jan. 31 for a celebration of the life of William Phillips, better known as Phil Africa. A MOVE 9 member, he died under suspicious circumstances at Pennsylvania’s SCI Dallas prison on Jan. 10 at the age of 59.

The special tribute shared messages of solidarity and support from people all over the world, including a number of current or former prisoners who came to know Africa during his 37 years of confinement, as well as surviving MOVE 9 members Delbert and Debbie Africa.

Phil was described by MOVE member Sue Africa as a “man well loved by all he touched; a true soldier who is gone, but whose spirit will never die or be forgotten.” Many speakers remembered him for his skilled art work, often depicting nature. Others spoke of his witty sense of humor, his ability to put anyone in his company at ease and the positive impact he had on their lives. He was described as a prolific writer who sent dozens of letters a day.

Musical tributes were provided by Taina Asili, Fred Riley and young MOVE members in the Seeds of Wisdom.

Phil Africa was one of nine MOVE members serving highly contested 30-to-100-year sentences for third-degree murder in the shooting death of a police officer during the group’s Aug. 8, 1978, confrontation with almost 600 Philadelphia police. Although much of the evidence at the scene, including MOVE’s house, was quickly destroyed by police, it is strongly suspected that the officer was killed by “friendly fire,” since the fatal shot was to the back of his head.

MOVE, founded in the early 1970s by a group of naturalist revolutionaries, had withstood a nearly year-long siege by police trying to evict them from their home in the Powelton Village section of Philadelphia. The death by trampling of Phil Africa’s month-old son Life Africa by police in 1976 was one of many incidents of brutality that fueled the confrontation.

During political prisoner Mumia Abu-Jamal’s early career as a journalist, he covered the MOVE organization’s fight against notoriously racist Philadelphia Police Commissioner Frank Rizzo in the 1970s. Abu-Jamal sent a statement to the tribute in which he described the heated trial that led to the conviction of the nine MOVE members as “nothing short of scandal.” He  noted that “several days after the trial, Judge Edwin Malmed would admit … he ‘hadn’t the faintest idea’… who killed the cop.”

The nine MOVE members were given the longest third-degree murder sentences in the history of Pennsylvania. Since 2008, MOVE members have been repeatedly denied parole on the basis that they refuse to “express remorse,” as required by law, for a crime they did not commit. Another of the MOVE 9, Merle Africa, died under suspicious circumstances in March 1998.

On May 13, 1985, Phil Africa’s second son, Little Phil, was one of five children burned to death along with six adults, when police dropped a bomb on the roof of MOVE’s second home in West Philadelphia. The bomb ignited a fire that also destroyed 61 homes in a predominantly African-American community.

The MOVE Commission, which investigated the events, described the actions of government officials, including Philadelphia’s Mayor Wilson Goode and police and fire commissioners, as “reckless,” “ill-conceived” and “unconscionable.” A powerful, military-style bomb containing C4 had been dropped from a police helicopter on the row house on Osage Avenue where MOVE members lived. Officials allowed the resulting fire to burn down an entire city block. Police were then instructed to shoot at MOVE members, including children, who were attempting to flee the fire.

Ramona Africa, the sole adult survivor, charges that “police bombed us because of our unrelenting fight for our family members who had been in prison unjustly as a result of the 1978 police attack on MOVE.

“We tried to get our children, our animals and ourselves out of that blazing inferno. The adults were hollering out that we’re coming out, we’re bringing the children out,” Africa reported. “And we know that the police heard us. But the very instant we were visible to them … they immediately opened fire. We were met with a barrage of police gunfire … and it forced us back into that blazing inferno.”

This act of terror, one of the most horrific examples of police brutality to occur in the U.S., resulted only in a well-orchestrated government cover-up. Not one of the city, state or federal officials responsible was ever brought to justice. Not one of these officials has ever faced criminal charges. Ramona Africa was the only person sentenced to prison as a result of the incident.

The events leading up to and surrounding the 1985 bombing are the subject of the 2013 documentary “Let the Fire Burn.” The MOVE organization and its supporters continue to fight the unjust incarceration of the MOVE 9 and demand justice for those who lost their lives in 1985.

This May 13 will mark 30 years since that blatant act of murder by government officials.  A commemoration rally and march/car caravan will be held in Philadelphia, with activists participating from around the world. Featured speakers and performers include Alton Maddox, Michael Coard, Ward Churchill, Cornel West, Nancy Mansour, Chairman Fred Hampton Jr., Glenn Ford, Amina Baraka, Rebel Diaz, Mmoja Ajabu, The Welfare Poets and more. For information contact [email protected]

Pam Africa, minister of confrontation for the MOVE organization, described Phil Africa’s life as “an example of resistance.” She ended the program with a call for everyone to follow Phil’s example and be in Philadelphia on May 13 this year to help “shut the system down!”