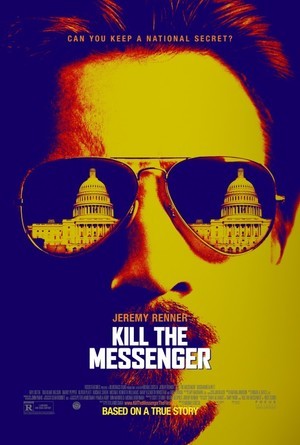 Gary Webb told the truth about CIA-backed contra terrorists selling drugs to finance their dirty war against Nicaragua in the 1980s. The courageous journalist was hounded to death for linking the crack epidemic with then-President Ronald Reagan’s drive to overthrow the Sandinista government.

Ten years after Webb’s death in an apparent suicide, the film “Kill the Messenger” captures the story. You can see it now on DVD.

As a reporter for the San Jose Mercury News, Webb spent a year investigating the CIA-contra-crack connection. His three-part series, entitled “Dark Alliance,” created a sensation when it was published in 1996. Webb wrote about how contra leaders Oscar Danilo Blandón and Norwin Meneses shipped massive amounts of cocaine to southern California. Drug pushers turned it into crack.

Blandón had fled Nicaragua after dictator Somoza was overthrown in 1979. He was a fundraiser for contra gangsters in the “Nicaraguan Democratic Force.” At least 50,000 Nicaraguans were murdered by the contras. Reagan called the contras “freedom fighters.”

Congress had cut off funding to the contras because of massive anti-war sentiment. National Security Council staffer and current Fox News commentator Oliver North knew they were engaged in massive drug trafficking.

Blandón was actually hired by the U.S. Drug Enforcement Agency after spending two years in jail. It’s been reported that he’s the only foreigner in U.S. history who has not been deported after being convicted of drug trafficking charges.

An excuse to lock up thousands

There were previous exposés about the CIA’s connections with drugs. Almost every Pentagon war results in massive drug running. Alfred McCoy pinpointed the CIA in “The Politics of Heroin in Southeast Asia.” During the Vietnam War, the CIA fueled the heroin plague, with its subsidiary Air America carrying drugs to the U.S. McCoy’s book was an unassailable classic, so it’s almost never mentioned in the media.

Associated Press reporters Robert Parry and Brian Barger reported on the contra drug connection in 1985. John Kerry, then a Senator from Massachusetts, held hearings on it in 1989. Kerry was labeled a “conspiracy theorist” for his efforts. Today as Secretary of State he promotes the dirty war in Afghanistan, which under U.S. occupation became the world’s biggest producer of opium.

What made Gary Webb’s “Dark Alliance” series different was that it directly tied the crack epidemic to contra drug smuggling. An early sensation on the Internet, it garnered over a million hits daily.

The crack epidemic served as an excuse to lock up hundreds of thousands of Black and Latino/a people on drug charges. Webb’s articles were welcomed by oppressed people as proving the drug war was aimed at them.

“Kill the Messenger” includes documentary coverage of Congressperson Maxine Waters and other Black leaders demanding the CIA fess up. Then-CIA director John Deutch is seen being forced to come to a public meeting at Locke High School in Watts in 1996. A month later he resigned.

The CIA counterattacked with the help of media owners. The Los Angeles Times assigned 17 reporters to debunk Webb. (The Nation, Oct. 10) The Washington Post and the New York Times also joined the attack.

The managers of the San Jose Mercury News capitulated to this slimy barrage and actually apologized for running “Dark Alliance.” Webb was forced to leave the paper’s Sacramento bureau. “Killing the Messenger” shows how he refused to cower.

Webb resigned from the paper and later wrote one of the first articles about “Driving While Black” for Esquire magazine. He also published the book “Dark Alliance” (Seven Stories Press, 1999).

Broke and facing eviction, Webb appar­ently shot himself twice in the head in 2004.