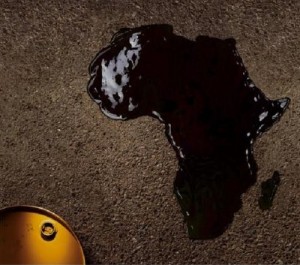 During 2014 many Western-based financial publications declared that the Federal Republic of Nigeria had surpassed the Republic of South Africa as the largest economy on the continent.

Minister of Finance Dr. Ngozi Okonjo-Iweala delivered a major policy address Nov. 17 indicating that the rapid decline in oil prices would cause the government of President Goodluck Jonathan to impose measures designed to trim costs and spending. In a Jan. 5 article in the leading Nigerian newspaper Leadership, the finance minister admitted that the price declines and drop in production forced the government to cut its capital expenditures by 59 percent.

With increased oil production in the United States, India has replaced the U.S. as the largest importer of Nigerian crude oil. From April 2013 to March 2014, India imported $14 billion worth of goods from Nigeria, making India Nigeria’s largest trading partner.

During mid-December the two largest oil workers unions in Nigeria held a four-day strike to demand lower gasoline prices in light of the rapid slump in oil prices on the global market. Other demands included infrastructural improvements, including the roads surrounding oil production facilities. The workers also sought to pressure the government to pass a new petroleum investment bill that had been stalled for years in the parliament.

Bloomberg reported on Dec. 15, “The [strike] action involves both Pengassan, as the managerial union is known, and the Nigerian Union of Petroleum and Natural Gas Workers, or Nupeng, its affiliate for manual workers. Nigeria’s crude oil output declined 3.2 percent when they last went on strike in September.”

The strike, which could have shut down production and cut foreign exchange earnings, was settled in less than a week.

These industrial actions in Nigeria coincided with unrest around the entire region. In Ghana, a new oil-producing state, a public sector strike took place during mid-2014 over the demand for the government to take action against the declining value of the cedi, the national currency, and the need to protect pension funds.

By late October, oil workers were again demanding improvements in conditions of their employment. A statement issued by the Ghana Management and Petroleum Commission showed that the government was intervening to resolve the issues even if this meant making some concessions to the workers.

Nearly four years ago the Republic of Sudan was partitioned after the conclusion of civil unrest and war that had existed for decades. Sudan, prior to the division of the country, was the largest geographic nation-state in Africa, with nearly a million square miles.

As a growing oil-producing state, the Republic of Sudan was pumping 500,000 barrels per day prior to 2011. Since the partition, both Khartoum, Sudan’s capital, and the Republic of South Sudan have suffered growing economic difficulties.

South Sudan is receiving the lowest price internationally for its oil. This is in part the result of a negotiated deal with the Republic of Sudan where additional costs were placed on the export of each barrel of oil in order to compensate Khartoum for South Sudan‘s ownership of the pipelines and the potential damage done to its economy resulting from the partition.­

Production has also been hampered due to the recent conflict between the followers of President Salva Kiir and those of ousted Vice President Reik Machar. Hundreds of thousands of people have been dislocated, and neighboring Uganda has deployed troops to South Sudan to bolster the central government in Juba.

On Dec. 21 the Financial Times reported: “War-torn South Sudan is receiving what traders say is arguably the lowest oil price in the world, $20-$25 a barrel, because of falling prices and unfavorable pipeline contracts. South Sudanese revenues have now fallen to about $100 million a month, equal to an oil price of about $20.50 per barrel based on output of 160,000 barrels a day.”

The Financial Times article stresses: “Oil executives believe South Sudan could become an example of how falling oil prices can exacerbate political risk as countries are forced to slash budgets.”

These problems are reflective of the ongoing vulnerability of the oil-producing African states based on the fluctuations of the international petroleum market. Other commodity prices have also declined.

The discovery of large-scale oil deposits in East Africa had fueled speculation based on phenomenal economic growth. But this growth depended on increased exports with prices above $100 per barrel. Although the price decline brings some benefits for nonproducing states, it poses serious problems for states that have focused development plans on increased drilling and exports.

New Times reported Dec. 14: “Economists expect, in the short run, tumbling prices to benefit East African consumers in form of reduced commodity prices. But two East African economies, Kenya and Uganda, which have invested heavily in recently discovered oil, could suffer negative effects if the trend persists up to the time they are expected to start production.”

A Dec. 30 article in the Ugandan Observer opines: “The macroeconomic malaise in both Russia and Nigeria as a result of the plunge in oil prices is a clear reminder to the East African economies that while oil and gas will open up new sources of government revenue and foreign exchange inflows, the other sectors of the economy should not be ignored. In any case, it would be prudent to direct the oil and gas revenues to facilitate the growth of manufacturing, services and agricultural sectors.”

Nonetheless, efforts aimed at diversifying the economies of African states will face major impediments after substantial resources have already been invested in plans to increase oil production. These developments illustrate that until genuine economic growth based on the internal priorities of African states can be realized, these postcolonial societies will remain subject to the capitalist problems of overproduction and declining prices.