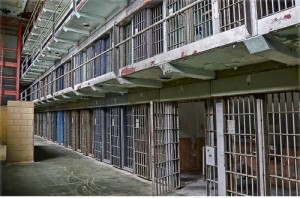 Former New York Gov. Mario Cuomo, who died Jan. 1, had more jails under his authority than all the other New York state governors put together. All 30 jails built during his three administrations are concentration camps for poor people. That’s not the legacy emphasized in the fawning obituaries of the capitalist media, but it’s Mario Cuomo’s real legacy as New York governor from 1983 to 1995.

Most of these prisons were built hundreds of miles away from the state’s population centers of New York City and Buffalo. Families of prisoners — if they can even afford the trip — have to spend many hours on a bus to visit their loved ones.

These prisons were also largely built in poor white areas, like Ogdensburg, where factories and other workplaces had closed. Their local economies began to revolve around locking up Black and Latino/a men and women.

Capitulating to racism in Queens

Mario Cuomo first came to public attention in 1972. A racist mobilization had been instigated in the Forest Hills section of Queens against the construction of public housing. The leader of the bigots was real estate shark Jerry Birbach.

Youth Against War and Fascism, the then youth organization of Workers World Party, organized demonstrations in Forest Hills against these bigots.

At stake was whether public housing would continue to be located only in segregated areas. Often public housing was built next to dangerous railroad tracks, like Curries Woods in Jersey City or the Fairfield Homes in Baltimore.

Mario Cuomo was appointed by New York City Mayor John Lindsay to negotiate with the racists. Cuomo capitulated to them by cutting in half the size of the development, which was turned into a publicly owned cooperative. Sixteen years later only one-seventh of the co-op’s residents were Black.

Lindsay and Cuomo stabbed Simeon Golar, the first African-American chairperson of the New York City Housing Authority, in the back. Golar had fought valiantly for integrated housing.

Mario Cuomo ran against Ed Koch in the Democratic Party primary for New York City mayor in 1977. That July, a rebellion broke out against racism and poverty.

The wealthy class wanted revenge. Appealing to racists, Koch demanded that the electric chair be brought back. To his credit, Cuomo was against the death penalty and as governor vetoed bills that would have reinstated it.

But suddenly during the 1977 campaign, signs appeared in Queens with the gay-baiting slogan, “Vote for Cuomo, not the Homo.” Koch still beat Cuomo in the primary and went on to be elected mayor. There’s no way Mario Cuomo couldn’t have known about the hate signs on Queens Boulevard. But Koch’s sexuality was his own business.

Over a hundred people would be killed by New York cops while Koch was in City Hall. Among them was the 66-year-old grandmother, Eleanor Bumpurs. Koch closed Harlem’s Sydenham Hospital and tried to bust the 1980 subway strike.

A history of betrayal

In 1982, Mario Cuomo beat Ed Koch in the Democratic primary for governor. A key factor was Black and Latino/a voters who despised Koch’s open racism.

How did Cuomo repay these voters? With homelessness soaring, Cuomo spent over $8 billion to build his concentration camps aka prisons.

This money was stolen from the state’s Urban Development Corporation, which had been set up to build low cost housing. The legislative act that established the UDC was deliberately passed on the day of Dr. King’s funeral, to honor him.

Cuomo, instead, spit on Dr. King’s memory and built 30 prisons.

Mario Cuomo even endorsed Reagan’s appointment of Antonin Scalia to the U.S. Supreme Court. Scalia is a fascist who claims torture isn’t unconstitutional.

With Cuomo’s help, Scalia was confirmed in the U.S. Senate by a vote of 98-0. Scalia may have been the decisive vote in denying Georgia death-row prisoner Troy Davis a reprieve from the death penalty in a case that many, including the NAACP, believed was unproven. By helping to get Scalia on the Supreme Court, Mario Cuomo also helped to execute Troy Davis on Sept. 21, 2011.

Cuomo betrayed his fellow Democrat David Dinkins by helping to put super racist Rudy Giuliani in City Hall. Cuomo authorized a referendum on whether Staten Island should secede from New York City on the same day as the mayoral election in 1993.

Holding this phony referendum on Staten Island guaranteed a massive turnout of white racists to vote for Giuliani. David Dinkins, the only African-American mayor in New York City’s history, was narrowly defeated for re-election. Dinkins won every borough except Staten Island.

The following year the Republican Giuliani endorsed the Democrat Cuomo for re-election as governor. But he still lost to Republican George Pataki.