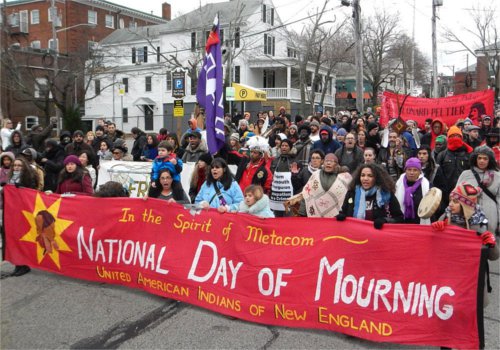 Indigenous people and their supporters gathered on Coles Hill in Plymouth, Mass., for the 45th annual National Day of Mourning, organized by United American Indians of New England. A spirited march followed a rally, and then a potluck dinner and social at two local churches. NDOM brings the truth to light about the real meaning of “Thanksgiving” for Native peoples — genocide, theft of Indigenous lands and racist repression.