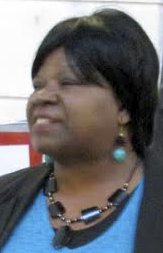 Asked by Workers World about how she won the primary race on a very small budget, Harris commented, “It was boots on the ground, door to door.” Campaign flyers described her record of support for tenants’ rights, affordable homeownership, better schools and safe streets.

The key volunteer leading the campaign was an 83-year-old Black woman, Barbara Thurman, a 46-year member of the Wiggins Tenant Association in one of the ward’s housing developments. The tenant association took a step toward ­autonomy from the local police department by hiring their own security guards for their housing unit.

Thurman stated that people feel safer because the guards have no guns, and there is no need to call the police.

Rhode Island has an official poverty rate of more than 13 percent and the third-highest unemployment rate in the country, behind Georgia and Mississippi. With an overall population of just over a million, the state has a very large ­Latino/a immigrant population, more than 100,000, including Dominicans, Puerto Ricans, Colombians, Mexicans and other Central and South Americans. West Africans, mainly from Liberia and Nigeria, and Black Caribbean islanders together number at least another 50,000.

The community was electrified. When a 90-year-old Black elder, known as Mr. Red, saw Harris at a bar on Sept. 13, he held a soap box rally right there, thanking her for a community-run campaign that addresses issues affecting him, such as poor bus service and route cuts by Rhode Island Public Transit Authority. Mr. Red pledged to work with Harris’ campaign to become a City Council member.

People of all ages are inspired by Harris. Fourteen-year-old Cory Williams says he and his mother “worked on Miss Mary’s campaign” and plan to work on the general election as well.

As a former organizer of Direct Action for Rights and Equality (DARE), founded in the 1980s to fight for social and economic justice in communities of color, Harris learned the lessons of mass people’s power movements, such as that led by Dr. Martin Luther King Jr. in the 1950s and 1960s. She says that one of her greatest inspirations comes from seeing Black, Latino/a, Asian, Native and white people unite around a common struggle for ­justice

She tells WW: “Those historical struggles have inspired me to fight for a City Council seat to be an advocate for the people’s right to jobs and services … especially here in a ward which has a majority people of color and always gets the least of the resources.”

Harris called for and chaired the Women of All Colors Assembly on International Women’s Day 2014 and has been an active participant in the Rhode Island Peoples Assembly since its founding 10 years ago.

On Oct. 14 the RIPA will mark the 50th anniversary of Dr. King’s Nobel Peace Prize award, highlighting the lack of fulfillment of his program and agenda for freedom and equality, jobs for all at decent wages, prioritizing human needs, a world at peace and a healthy planet.

To volunteer for Harris’ campaign, share an idea or voice a concern, contact Harris at 401-481-8268 or at [email protected] To share thoughts on the meaning to you of the MLK Nobel Prize 50th Anniversary, contact organizer Bill Bateman at 401-481-6672 or [email protected]