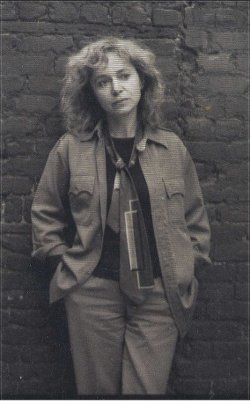 Political activist, author, poet and filmmaker Nadja Tesich was born in Užice, Serbia, Yugoslavia, in 1939 and died Feb. 20 in New York City. She lived her life outspoken and full of righteous rage at the enormous destruction of U.S. wars and the glaring injustice and inequality that surrounded her. She felt collective pain personally, even physically, and identified with defenseless people targeted on the other side of the world or someone passing her on a busy street.

Nadja came to all events wearing always a splash of red — whether a red beret, red scarf or red jacket, or bearing red carnations. She loved Cuba and often said it was the only place she felt she could breathe.

At a memorial for Nadja on May 29, her family, friends and political comrades expressed the rainbow of ways she touched them. We remember her for her political activism, starting from defending the National Liberation Front of Vietnam in the 1960s.

From the beginning days of the International Action Center, Nadja was part of IAC life. She had fought against U.S. wars in Vietnam, coups in Congo, Chile and Greece; she was active in the mass demonstrations against the Iraq War in 1991 and again in 2003.

Nadja was even more intense in our common work attempting to defend her homeland, Yugoslavia, from an unrelenting assault by the imperialist governments of Western Europe and the United States. Tragically for most of the peoples of the Balkans, these years ended with the imposed disintegration of a once-sovereign socialist country into a half-dozen mini-states, now neocolonies of the NATO powers. At meetings, teach-ins and major rallies on Yugoslavia, Nadja was a driving force and a tortured soul of everything we did.

It is particularly striking to read “Shadow Partisan” and “To Die in Chicago” one after the other. The novels contrast on a close and personal level a hopeful coming-of-age in newly socialist Yugoslavia in the late 1940s with a cleareyed immigrant’s view of U.S. racism and a consumer-driven society without a future in the 1950s.

While studying in Paris in the 1960s, she worked in film as an actor and assistant to Eric Rohmer for the documentary, “Nadja in Paris.” She taught film at Brooklyn College in New York.

We should end with Nadja speaking in her own words, from her chapter in one of the IAC’s books, “NATO in the Balkans”:

“I was born in Serbia and have returned there every year, and I have also lived in France and in New York City most of my adult life. And most of my adult life, as a participant and as observer, I have opposed U.S. aggressions, murders, embargoes, wars. Some hidden, others less so.

Everything the U.S. does elsewhere — chaos and destabilization — it does equally at home. … It’s an amoral, mechanical monster whose heart is the beat of Wall Street. Up and down it goes. More and more it needs and it’s never enough. … Still it can be resisted. I remain optimistic. Machines break, after all.”

She often signed her messages “For our struggles now and for tomorrows that will sing!”

Nadja is survived by her son, Stefan; her sister-in-law, Rebecca; her grandchildren, Cole and Kaia;, her niece, Amy; and her many comrades in the struggle for peace, justice and socialism.

This article was adapted from IAC co-director Sara Flounder’s presentation at the memorial on May 29.