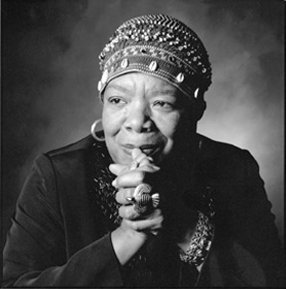 Youth and students from successive generations were influenced by Maya Angelou’s widely read book, “I Know Why the Caged Bird Sings.” The autobiographical work addressed the formative years of the author, who died May 28 at her home in Winston-Salem, N.C., at the age of 86.

Angelou was born in St. Louis and later lived in Stamps, Ark., where she experienced and closely observed the system of racial segregation so prevalent in the U.S. She studied dance and drama at the San Francisco Labor School. At 14 she became the first African-American woman cable car conductor.

Angelou continued studying dance and the arts, eventually landing a position in “Porgy and Bess.” The musical toured the Eastern European countries during the 1950s, when they were allied with the Soviet Union under socialism.

According to her official biographical website, Angelou “studied modern dance with Martha Graham, danced with Alvin Ailey on television variety shows and, in 1957, recorded her first album, ‘Calypso Lady.’ In 1958, she moved to New York, where she joined the Harlem Writers Guild, acted in the historic Off-Broadway production of Jean Genet’s ‘The Blacks’ and wrote and performed ‘Cabaret for Freedom.’” (mayaangelou.com)

While living and working abroad in the 1950s, Angelou read and studied, learning French, Spanish, Italian, Arabic and the West African language Fanti. These experiences were chronicled in her autobiographical works and poetry.

In 1960 she moved to Cairo, Egypt, and served as the editor of the Arab Observer. At this time Egypt was under the leadership of President Gamal Abdel Nasser, a co-founder of the Non-Aligned Movement in 1961. The country was a center of anti-colonial movements opposed to imperialism and Zionism.

She settled in the West African state of Ghana in 1961. Dr. Kwame Nkrumah had led the former British colony from imperial domination to national independence between 1947 and 1957. Angelou was one of hundreds of expatriates known as the “Afro-American community” of the newly independent state.

During this time she worked as a teacher in the School of Music and Drama at the University of Ghana. She also served as a feature editor of the African Review, a journal initiated by African- American writer and activist Julian Mayfield.

Angelou wrote articles for Ghanaian Times, a newspaper that supported the Nkrumah government. Nkrumah and the Convention People’s Party, which he founded, were later overthrown in a CIA/State-Department-engineered coup on Feb. 24, 1966.

One highlight of Angelou’s tenure in West Africa was that she met with Malcolm X (El Hajj Malik Shabazz) when he visited Ghana twice in 1964. Ghana under the CPP was the citadel of the Pan-African and socialist movements taking place in Africa and throughout the Diaspora. The first chapter of the Organization of Afro-American Unity, founded by Malcolm X in 1964, was formed in Ghana among the expatriate community. Angelou’s return to the U.S. coincided with the assassination of Malcolm X in February 1965 in New York City.

Later she was asked by Dr. Martin Luther King Jr. to assist in the organization of the Southern Christian Leadership Conference in northern states. In 1966 King launched efforts in Chicago to expand the Civil Rights movement to urban areas in the North.

After returning to the U.S., Angelou was encouraged to put her life experiences down on paper. In 1970 she published “I Know Why the Caged Bird Sings,” which gained international notoriety. Her subsequent autobiographical books related her personal development in the broader context of historical and social trends, from the Great Depression of the 1930s right through the mass upsurge of the African-American people beginning in the 1950s and continuing throughout the 20th century. Women of all nationalities were inspired by her work.

Angelou was also highly recognized as a poet. Her “Still I Rise” is an inspiring piece in which she celebrates the courage of the human spirit over the harshest of personal and social obstacles. The poem, which Nelson Mandela read at his 1994 inauguration, is a testament to the power that exists within all human beings to rise above the most challenging circumstances.

As a result of her literary work, Angelou was awarded an estimated 50 honorary degrees from various universities. At the time of her death she was the Reynolds Professor of American Studies at Wake Forest University.

In addition to her poetry, dance and theater work, she was a writer and actor in numerous films, both featured and documentary. “The Black Candle,” directed by M.K. Asante and with original poetry and narration by Dr. Angelou, is an award-winning documentary that uses Kwanzaa as a vehicle to celebrate the African-American experience.

Angelou also directed “Down in the Delta,” which brings together an outstanding cast of stars in an inspiring story involving family life, community affairs and personal friendships. In the 1990s she provided prose in “Poetic Justice,” directed by John Singleton with lead actors Tupac Shakur and Janet Jackson.

“I Know Why the Caged Bird Sings” was turned into a film directed by Fielder Cook. Diahann Carroll, Esther Rolle and Ruby Dee starred in this feature-length story.

Angelou has been eulogized by numerous newspapers and websites. A memorial service is scheduled on June 7 at Wake Forest University, which will be livestreamed. Her family and colleagues are preparing for additional commemorations to be held around the U.S.

Angelou’s contributions to literature and social movements will remain as an inspiration to today’s youth as well as future generations.