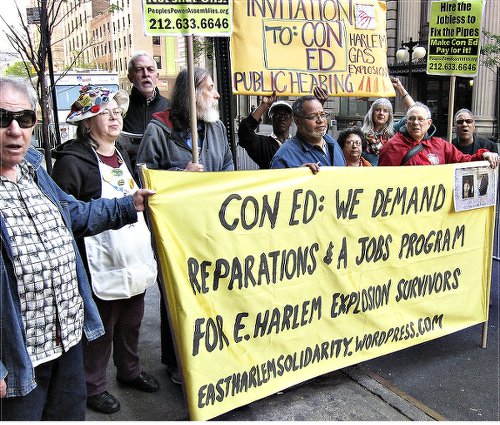 A protest was held at Con Edison’s 2014 annual shareholders meeting in New York City on May 19 to demand that community needs trump shareholder greed in the wake of a March 12 gas explosion in the East Harlem community of New York.

An email promoting the event noted: “The gas explosion of March 12 that killed eight people, injured more than 60 people and left so many homeless in East Harlem was a terrible tragedy, but it wasn’t just an accident — it was a crime of racist neglect. Now Con Ed has censored coverage of what happened and thinks that if it can take it off the front pages — it can make New Yorkers forget. But we can never forget that it could happen anywhere.”