Macon, Ga. — Hundreds of people gathered on the steps of the William Augustus Bootle Federal Building in Macon, Ga., on April 4 to press for justice in the case of 17-year-old Kendrick Johnson, whose mutilated body was discovered in a rolled-up wrestling mat on Jan. 11, 2013.

K.J., as he was known to his family and friends, was a star athelete and student at Lowndes High School in Valdosta, Ga., a city of close to 55,000 people that is just 15 miles from the Georgia-Florida line. A little more than half of Valdosta’s population is Black.

While news articles describing the case often mention the many high school football championships that both the Valdosta and Lowndes teams have won, they leave out one glaring piece of history that underlies the struggle for justice in this Southern town. 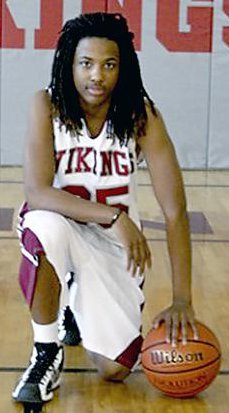 In May of 1918, a Black farmworker named Sidney Johnson, tired of mistreatment, killed his white boss. From May 17 to 24, a white mob of 700 lynched at least 13 African Americans, including pregnant 21-year-old Mary Turner. Johnson was captured, killed, castrated and his body dragged for miles. In the face of this racist mob violence, some 500 Black people left everything behind and fled in fear. Well into the next decade, open Klan rallies were held in Valdosta.

Although some Black elected officials can now be found there, economic and political power in both Lowndes and neighboring Brooks County still rest in the hands of a small circle of influential white men.

The rally, held on the 46th anniversary of the assassination of Dr. Martin Luther King Jr., brought out civil rights leaders from the NAACP, the National Action Network-Ga., the Coalition for a People’s Agenda and the Southern Christian Leadership Conference. Many times the speakers referenced the murders of Trayvon Martin, Jordan Davis and other young men and women whose killings go unpunished by a racist injustice system.

Youth from Albany and Valdosta State colleges, Macon residents, many with their chldren, as well as cars and busloads from Atlanta and Detroit came to stand with Kenneth and Jacquelyn Johnson, whose determined fight to learn what happened to their son has brought national attention to the many inconsistencies in a finding of “accidental death” by the Lowndes County sheriff’s office.

Within hours of the discovery of young Johnson’s body, which had been wedged into an upright, 6-foot wrestling mat in the corner of the gym, Sheriff Chris Prine declared his death an accident. He claimed that Johnson had fallen head first into the mat trying to retrieve a sneaker and couldn’t get out. A Georgia Bureau of Investigation autopsy followed suit and said that “positional asphyxia” had produced the gruesome injuries to his body.

A second autopsy, paid for by the parents, ruled that Kendrick died from a blow to the side of his neck. This examination of the youth’s body also revealed that all of his vital organs were missing, as well as his tongue and windpipe, and that the body had been stuffed with newspaper by the funeral home.

After months in which concerned people stood every day with signs outside the Lowndes County Courthouse, the case began to generate national attention a year ago. CNN made multiple attempts to gain access to information about the investigation by the local authorities. The failure to immediately question students and staff at the school, the dismissal of the first responders’ findings that it was a crime scene, missing sections of a school video tape, no identification of blood stains on the gym walls and much more have led experts to declare the sheriff’s investigation shoddy and incomplete.

On Oct. 31, 2013, U.S. District Attorney Michael Moore finally announced that the Justice Department was looking into the case. The rally was held outside his office in the Bootle Federal Building. Prior to the protest, the family, lawyers and others held a meeting with Moore to gain information about the progress of the now six-months-long investigation.

Johnson’s parents have endured threats and pressure to stop insisting on finding out what happened to their son. The crowd applauded their refusal to be silent as Jacquelyn Johnson said: “We want to let them know that we’re not going anywhere. … They just messed up and killed the wrong child this time.”