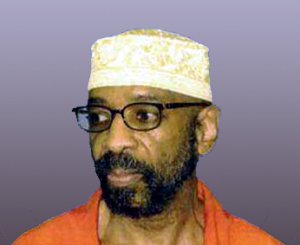 Any victory, big or small, for the working class and oppressed population, is a step in the right direction.

Even those steps that leave us unsatisfied can cheer us. There were a few in mid-February that fit this category.

Russell Maroon Shoats was finally released from solitary confinement in his Pennsylvania prison into the general prison population. Shoats is a former Black Panther and political prisoner who had been kept in solitary — that’s U.S. torture — for the past 22 years.

The word from Shoats’ supporters is that the political prisoner is very happy with this development and thanks those who have petitioned and struggled on his behalf. (See pennsylvaniaprisonwatch.blogspot.com/).

This is good news for one of the 2,800 prisoners held in solitary in the Pennsylvania prison system.

Lest anyone think that our calling this practice “torture” stems only from Workers World’s position that the entire prison system should be torn down, we direct their attention to a United Nations report:

In August 2011, Juan Méndez, the U.N. Special Rapporteur on Torture, stated that solitary confinement “may cause serious psychological and physiological adverse effects on individuals” and “violate the international prohibition against torture and cruel, inhuman or degrading treatment.” He called for the absolute prohibition of solitary confinement in excess of 15 days.

In the U.S., there are about 80,000 prisoners held in solitary, and most are held for months, some for years and some for decades.

There are 3,800 prisoners held in solitary in New York state. Their average stay is five months. Another step in the right direction took place in New York when to settle a suit brought by prisoners, the prison authorities agreed to put some limitations on the use of solitary as punishment. (New York Times, Feb. 20)

The new guidelines, if enforced, will mainly be for prisoners less than 18 years of age — who will get more exercise time — and those with developmental disabilities, whose solitary confinement should be limited to 30 days. That means 15 days over the torture level.

While this is an improvement, it also means that up to this year, prisoners with developmental disabilities and young prisoners have not only been held behind walls, they couldn’t even see out a window.

The police, judicial and prison system in the capitalist U.S. is aimed first of all at protecting property. It is blatantly racist, vindictive and employs solitary confinement as a major form of torture held over the heads of the 2.4 million prisoners. This is the largest percentage of the population imprisoned for any country, and on top of this, it is quadruply biased against African Americans and doubly against Latino/as.

We join every struggle to free individual political prisoners and to stop the torture of solitary, and we celebrate every victory. But we know this prison system will be the source of continued oppression until we can end it. Tear down the walls!