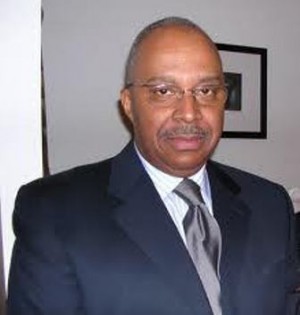 On Feb. 12, a press conference and community rally were held at the District 1199C hall of the National Union of Hospital and Health Care Employees, a division of the American Federation of State, City, and Municipal Employees, to launch a campaign to reinstate Anthony Monteiro, Ph.D., an associate professor of African-American Studies at Temple University. The midday event, organized on short notice, was attended by more than 100 people.

Monteiro, a noted W.E.B. Du Bois scholar, led protests last spring when Teresa Soufas, dean of the College of Liberal Arts at Temple, attempted to appoint a white woman professor to head the  African-American Studies Department, one of the oldest in the U.S.  After successfully supporting efforts to have African-American scholar Molefi Kete Asante, Ph.D., appointed to the position, Monteiro received a notice from the university in January that his year-to-year contract would not be renewed for the 2014-15 academic year.

Monteiro, who had been promised tenure at Temple when he was hired in 2003, described his firing as a “retaliatory act” initiated by Soufas, not only for his role in the fight against her appointee, but for his long-time work in the community around Temple where he lives.

In addition to the 2013 protest, Monteiro organized on-campus events honoring Pam Africa and hosted the campus premier of “Long Distance Revolutionary,” an award-winning documentary about political prisoner Mumia Abu-Jamal.  Monteiro also hosted a book party there for Russell Maroon Shoatz’s “Maroon the Implacable,” which took up the issues of mass incarceration, political prisoners and solitary confinement.

Monteiro recently wrote several articles in the wake of the deaths of Nelson Mandela and Amiri Baraka. He hosted W.E.B. Du Bois symposiums at Temple in 2012 and 2013. In 2012 he initiated a Saturday Free School at Temple University for people from the community to discuss philosophy, history, economics and literature.

In 1991 Monteiro participated in a delegation that met with Fidel Castro on Cuba’s role in Africa, and has been a consistent supporter of the Venezuelan Bolivarian Revolution.

Speakers at the press conference linked Monteiro’s firing to efforts to drive long-standing, low-income residents of color from the area and limit their access to higher education at a school originally founded to serve area residents. Children in a housing project next to the campus say they have been harassed by police and told, “You don’t belong here.”

Temple is located in a historically African-American area of Philadelphia that has been under intense gentrification for several years. The campus is adjacent to two of the poorest zip codes in the city.

Longtime community resident and activist Sacaree Rhodes stated, “Temple needs to know that the African-American Studies Department cannot exist without the support of the Black community.” She urged participants to call Temple President Neil Theobold to push Soufas out and reinstate Monteiro.

Temple students Kashara White and Walter Smolarek, from People Utilizing Real Power, described Monteiro as “one of the best teachers” they had and promised to galvanize student support. Last November PURP held a protest against growing incidents of brutality targeting Black and Latino/a students by campus and city police.

Professors Mark Taylor, from Princeton Theological Seminary, and Johanna Fernandez, from Baruch College, members of Educators for Mumia, read from a letter calling for Monteiro’s reinstatement that was signed by more than 60 noted academics, including Lewis R. Gordon, Cornel West and Farah Jasmine Griffin.

Henry Nicholas, president of 1199C Hospital Workers Union, reported that 59 building projects are currently promoting gentrification in Philadelphia’s Black communities. Nicholas offered the hall as meeting space to Monteiro and his supporters, noting, “This is an issue we should use to unify us.”