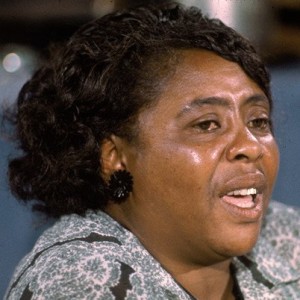 More than 1,000 student volunteers, along with rank-and-file workers and professionals from the northern and western cities of the U.S., traveled to Mississippi and southwest Tennessee in the summer of 1964 to assist African Americans in their decades-long struggle to acquire the right to vote.

This effort became known as “Freedom Summer.” The volunteers worked alongside tens of thousands of African-American youth, farmers and workers in a massive effort to both build an independent political party in Mississippi and to break down barriers to universal suffrage.

Ideas for the Freedom Summer project grew out of various campaigns for Civil Rights over the previous four years. On Feb. 1, 1960, four African-American students from North Carolina A&T College sat in at a whites-only lunch counter, sparking demonstrations throughout the South and support actions throughout the country.

In April 1960, the Student Nonviolent Coordinating Committee was formed, with representation from various campus organizations throughout the South and affiliates in the North and West. SNCC established a field staff and began to dispatch organizers to various locations throughout the South to work on voter registration and desegregation campaigns.

By 1963, the Civil Rights Movement had experienced a renewed sense of urgency, with mass demonstrations in Birmingham, Ala., and many other cities during the spring and summer of that year. Hundreds of thousands would gather and march in Detroit in June and in Washington, D.C., in August, demanding the passage of a federal Civil Rights bill guaranteeing the total abolition of racial segregation in education, housing and public affairs.

A project called “Freedom Vote” was organized in Mississippi during the fall of 1963. African Americans were encouraged to participate in order to illustrate the mass sentiment in favor of voter registration. The success of this program led to the announcement of a plan to recruit approximately 1,000 volunteers to come to Mississippi during the summer of 1964 to expose the systematic racism that prevented African Americans from voting and from participating in segregated political parties and public institutions.

The Freedom Summer project in Mississippi was coordinated by a coalition of organizations including SNCC, the Congress of Racial Equality, the Mississippi chapter of the NAACP and others. The alliance was called the Council of Federated Organizations, and was initially formed in 1962 with leaders such as Bob Moses of SNCC and Aaron Henry of the NAACP.

A leading figure in events during Freedom Summer was Fannie Lou Hamer, who had been working since 1962 in voter registration campaigns and as a SNCC organizer. Hamer was born on Oct. 6, 1917, in Montgomery County, Miss., into a family of sharecroppers. After registering to vote, she was immediately fired from her job and evicted from a plantation in Ruleville, Miss.

In 1963, Hamer was arrested after attending a voting rights workshop and severely beaten by police at a jail in Winona, Miss. She suffered injuries so severe that her kidneys were permanently damaged.

The next year, Hamer was elected vice-chair of the Mississippi Freedom Democratic Party, an independent political organization formed that summer in response to the racial exclusionary policies of the state’s official Democratic Party. Although a massive amount of work was carried out to register African Americans to vote, reports indicate that as few as 1,200 were able to successfully complete the process due to intimidation and violence.

The Civil Rights activists and volunteer allies in Mississippi were subjected to arbitrary arrests, beatings, church bombings and lynching. Andrew Goodman, Michael Schwerner and James Chaney were kidnapped and brutally murdered in Neshoba County during the first week of the summer project. The three Civil Rights workers’ bodies were not found for six weeks. During the course of the search for their remains, bodies of other African Americans, some of whom were Civil Rights activists, were unearthed and found in rivers, including Charles Eddie Moore, Henry Hezekia Dee, 14-year-old Herbert Oarshy and at least five others.

Nonetheless, as many as 80,000 people joined the MFDP. The party elected delegates to the Democratic National Convention, held in Atlantic City, N.J., that year, and attempted to unseat the all-white official state delegation.

Hamer’s direct appeal to the national credentials committee of the Democratic Party was carried live on national television. Testifying about the horrors of living as an African-American political activist in Mississippi, she noted that “we have to sleep with our telephones off the hook because our lives are being threatened daily.”

The power of her testimony worried the White House under President Lyndon B. Johnson. He immediately called a live press conference in order to get Hamer’s live statement off national television. Although it was pre-empted during the day, her full testimony aired that same evening.

Faced with a political crisis during an election year in which the African-American vote was crucial to the Democrats in the White House, the Johnson administration attempted to strike a compromise by allowing two MFDP delegates to be seated at-large, while the all-white delegation from Mississippi was allowed to maintain its credentials and seats. MFDP rejected the compromise, despite a pledge by the Democratic Party leadership to ban all-white, racist delegations in future conventions. The delegation continued to protest, attempting to seize seats assigned to the all-white state delegation.

Hamer would run unsuccessfully for Congress in 1965. She continued her activism until her death in 1977.

In Fayette County, Tenn., on the border with the Mississippi Delta, one of the first voting-rights struggles of the Civil Rights era was initiated in 1959. When African Americans attempted to register in mass from 1959 to 1960, hundreds of tenant farmers were put off the land they had worked for decades, land owned by wealthy white farmers.

Fayette and neighboring Haywood counties had been large-scale cotton producers going back to the antebellum slave period. By the conclusion of the Civil War, African Americans outnumbered whites substantially. After Emancipation and during the Reconstruction Era, African Americans elected local and state representatives in these counties.

These officials served through the 1880s, when they were forced out due to Jim Crow and Black Code segregation laws instituted by former slave owners. African Americans were systematically prevented from voting, serving on juries and having access to public life.

In 1963, Charlie Haynie, a Cornell University graduate student and peace activist, visited Fayette County and made contacts with local organizers such as FCCWL leaders John McFerren and Viola McFerren. Haynie returned to Cornell and played a leading role in recruiting dozens of students to participate in a voter registration and outreach program during the summer of 1964.

Although the elections were stolen, the experience added impetus to the struggle in the region, which expanded well into the early 1970s. Events during 1964 led to a massive school desegregation campaign beginning in 1965.

There are many lessons to be learned from the events of 1964. The first Civil Rights Act since 1875 was passed that summer, and the following year the Voting Rights Act became law. In 1964, the Johnson administration declared a “War on Poverty,” but without attacking the fundamental structures of capitalism, which are at the root of underdevelopment, joblessness and hunger.

Currently, attacks are still being made on these gains. In 2013, the Supreme Court struck down key enforcement provisions of the 1965 Voting Rights Act.

A new generation of youth must take up the struggle for the full realization of racial equality and the right to self-determination for African Americans and all oppressed nations in the U.S. Absent a concerted, organized and protracted struggle, every gain won through the Civil Rights Movement will be taken away by the ruling class.